MOHAWK: Check Out The Festival Poster For The New Period Thriller

Fantasia Festival is finally underway and as such, We Are Still Here helmer Ted Geoghegan has returned to the fray with the new period thriller, Mohawk. Geoghean will be on hand for the Saturday evening premiere with co-star Jonathan Huber and producer Travis Stevens marking the latest phase for the film’s buzz since photos started debuting late last year.

The War of 1812 has revived violent hostilities between the British and their erstwhile American colonial subjects. The powerful Mohawk nation of the New York region is divided as to whom they should stand by, and so they maintain a position of neutrality. They want no part in the killing – but the killing is coming to them. An impulsive attack on an American encampment has drawn the vengeful attentions of a ragged band of American military renegades, led by the vicious, racist Hezekiah Holt. Oak, Calvin, and their British lover Joshua flee into the woods so familiar to them, but the murderous musketeers on their trail will not be deterred. Not without the spilling of blood.

Ted Geoghegan’s 2015 hell-house fright-parade WE ARE STILL HERE scared the bejeezus out of the Fantasia crowd that year, and now he returns with something a little less supernatural – but just as intense and all the more shocking for its firm historical grounding and unsettlingly timely look at marginalized people. Co-written by acclaimed author Grady Hendrix (MY BEST FRIEND’S EXORCISM), and vividly photographed by Karim Hussain (HOBO WITH A SHOTGUN, TV’s HANNIBAL), MOHAWK assembles a worthy cast as well. The hard-driven heroes are portrayed by rising stars Kaniehtiio Horn (Amazon’s MAN IN THE HIGH CASTLE, Netflix series HEMLOCK GROVE), Justin Rain (THE TWILIGHT SAGA: ECLIPSE) and Australian actor Eamon Farren (cast in Jennifer Lynch’s CHAINED… and her dad’s reboot of TWIN PEAKS!). The villains, including Jonathan Huber (WWE Superstar Luke Harper), Robert Longstreet (TAKE SHELTER, I DON’T FEEL AT HOME IN THIS WORLD ANYMORE), Ian Colletti (PREACHER’s “Arseface”), and Noah Segan (LOOPER, DEADGIRL), are led by genre mainstay Ezra Buzzington, whose Holt is a palpable personification of evil. History often hurts, but sometimes it hits hard enough to kill.

Birth.Movies.Death. has since taken to its platform for an exclusive image reveal of its own with the latest festival poster which you can view below. Check it out! 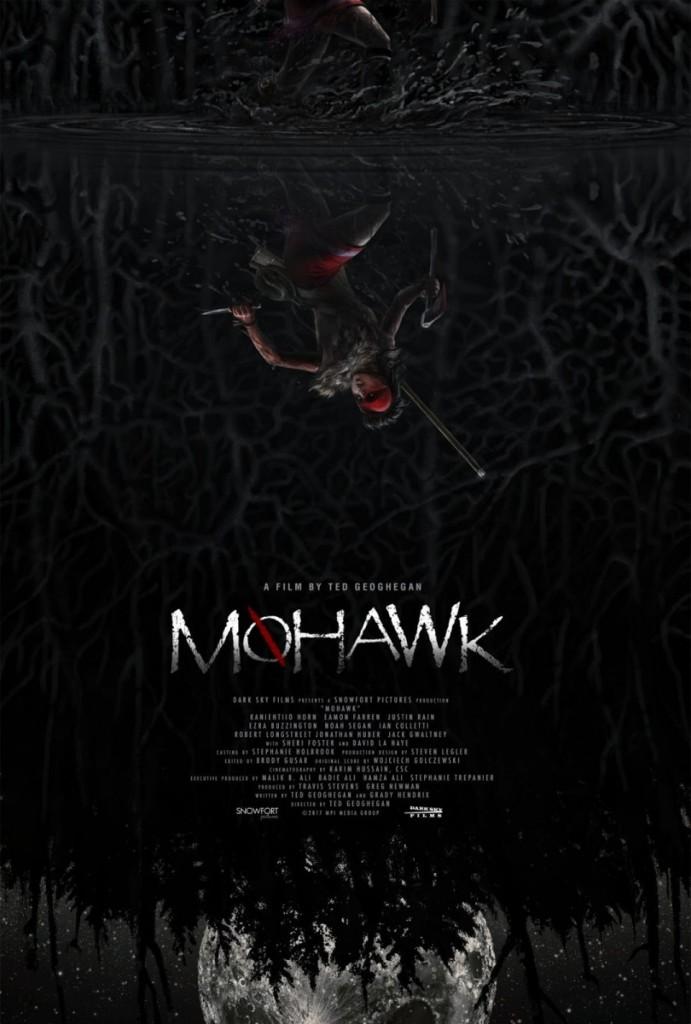