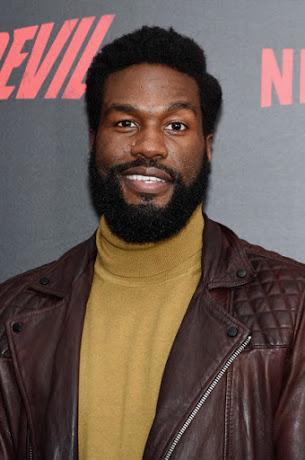 First off, if you haven’t been to Netflix and tuned in to watch The Get Down, I honestly don’t know what it is you do with life. You’ve failed at life and you desperately need some redemption as it’s one of the best coming-of-age dramas to date with some of the best performances by far.

One such comes from actor Yahya Abdul-Mateen II who plays one of the more seedy characters of the show and before long, the Sidney Hall co-star will be returning to the big screen for Bawaytch alongside Dwayne Johnson and Zac Efron this summer before appearing in The Greatest Showman this December with Hugh Jackman. In the meantime, you can also tack the role of supervillain to Abdul-Mateen II’s credentials as per the latest trade news confirming his role as Black Manta in James Wan’s Aquaman for Warner Bros. Pictures and DC Entertainment.
The news is just one of two exclusive updates from THR with word that Lion co-star, actress Nicole Kidman is in talks to star as Atlanna, the mother of our title hero inspired by the DC Comics superhero which first arose in 1941. Frontier star, actor Jason Momoa made a cameo debut in the role of the Atlantean superhero last year in Batman V. Superman: Dawn Of Justice and will reprise the role this November in what is expected to be the first of two forthcoming Justice League movies.
Officially rounding out the current cast next to Momoa and Abdul-Mateen II are Amber Heard in the role of Mera, Willem Dafoe as Dr. Vulko and Patrick Wilson as Aquaman’s villanous half brother, Orm. Filming for Aquaman is expected to commence this April in Australia and currently sits on the continually evolving DCEU calendar with more titles in store before and after its slated October 5, 2018 release.

Check Out A New International Trailer For JOURNEY TO THE WEST 2: THE DEMONS STRIKE BACK Ben Young’s Sci-Fi, EXTINCTION, Casts Michael Peña