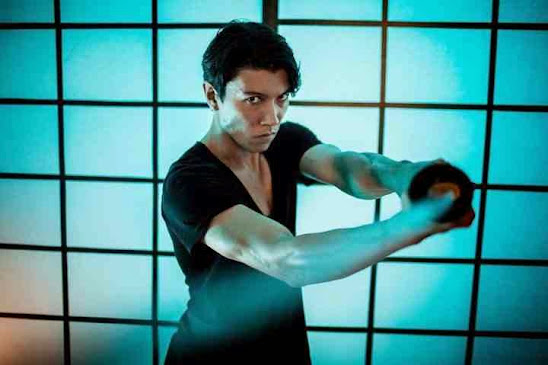 With Cannes wrapping up this week and other film festivals to come along the way, festival attendees in North America who love their fair share of action may expect to see a little more of actor David Sakurai with director Shaky Gonzalez‘s newest shortfilm, Echoes Of A Ronin. Following the airing of a new clip that was unveiled back in February, the film is the latest in a batch of projects that can now be sampled in Sakurai‘s newest action demo reel which you can now check out below with more news to come, in addition to upcoming news on helmer Sidney Lexy-Plaut’s transcendental hybrid action drama, Dark Samurai, and Thomas Eikrem’s upcoming noir crime thriller, Le Accelerator, which is currently in post production with a vinyl soundtrack set for July.

Check it out below, and by all means, follow David Sakurai on Twitter to satisfy your curiosity.