New Threats Loom In The Newest Poster For TRANSFORMERS: THE LAST KNIGHT

There are definitely a few films coming in 2017 with notable lead characters appearing to share a similar theme. One of them happens to be The Fate Of The Furious over at Universal Pictures and the other, at Paramount Pictures brings us to Michael Bay’s Transformers: The Last Knight, which now immerses us in a world more desolate and dystopian, riddled and damaged from battle after battle as seen in the first trailer which premiered last week.

And at the center of the carnage lies Optimus Prime who last soared into space to seek out the depth and mystery behind the events of Age Of Extinction back in 2014. A lot more appears to have happened since then and you can see it all in the trailer while the pieces slowly start to come together ahead of the film’s release on June 23, 2017, with actors Mark Wahlberg, Stanley Tucci, Josh Duhamel, Tyrese Gibson and John Tuturro starring among the principle cast.

Also starring are Isabelle Moner, Laura Haddock and Sir Anthony Hopkins to round out the human end of the cast where our named Autobot and Decepticons will line-up accordingly, and with the one and only Prime making his presence known with a new threat now lingering over our planet in the backdrop of the film’s newest poster. Take a look below! 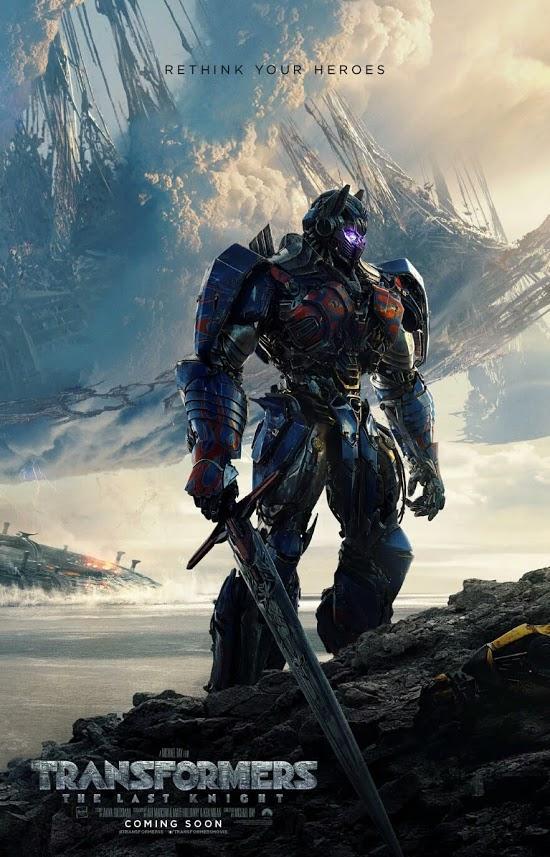