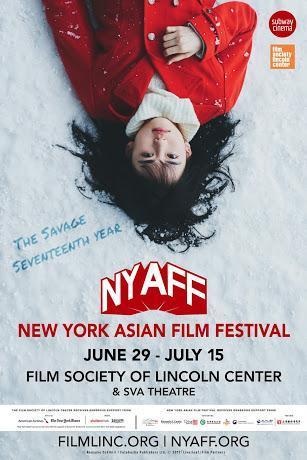 Things are in full swing for what’s being dubbed as the “Savage Seventeenth” installment of the New York Asian Film Festival launching June 29. From the robust opener with Dynamite Graffiti to a rowsing and eclectic line-up of Asian titles both new and ceremonial with special guests in attendance, right down to the hotly-anticipated closer with Erik Matti’s BuyBust, words such as “interesting” and “exciting” almost seem paling.

Tickets are now available so click here for the full line-up and get yours promptly!

CREED 2: Michael B. Jordan Is Ready To Rumble In The First Teaser Poster TAU: Gary Oldman Turns A.I. To Assert His Authority In The Official Trailer