Peyton To Helm MALIGNANT MAN For Fox, Wan To Produce 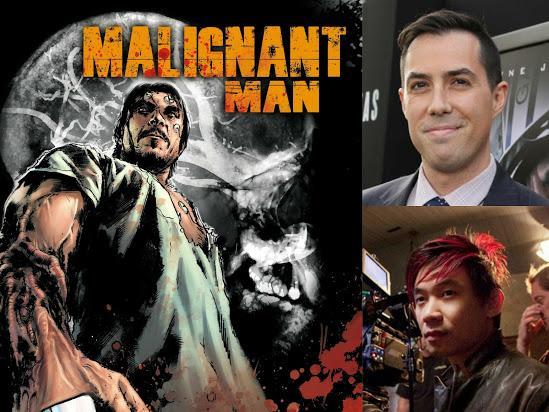 It was back in 2014 that director James Wan was attached to helm an adaptation of his own BOOM! Studios co-created graphic novel, Malignant Man for 20th Century Fox. Since then, the director has had his hands tied with a bunch of projects, most notably the recent release of his hit horror sequel, The Conjuring 2 with Warner Bros.’s Aquaman on par for 2018.

As of this week and two years later since the news broke, word from THR speaks of Malignant Man once again, and only now with mention toward Brad Peyton for the director’s chair for Fox. Wan is producing through his Atomic Monster label along with Boom! fellows Ross Richie and Stephen Christy with a draft by Zak Olkewicz centered on Alex Gates, a terminally-ill cancer patient who finds new purpose and abilities granted to him by the alien parasite he once mistook for a malignant tumor.
Boom!’s Adam Yoelin is co-producing with Peyton’s production partner, Factory Backwards’s own Jeff Fierson executive producing. The film adds to the list of titles pending for Peyton which include – but aren’t limited to – an adaptation of the hit game, Rampage, and an earlier announced sequel to San Andreas.
Wan also has Robotech and Mortal Kombat in his repetoire with further developments needed, as well as horror properties, Annabelle 2 and Insidious: Chapter 4 also in the works.