“Bad Boys” comedy duo half, Sata Masaki, had a story to tell once back in 2009 with the publication of his autobiographical novel. That book has since become the subject of Samurai Cat helmer Yamaguchi Yoshitaka’s latest film, Popeyed Goldfish, or “Demekin”, now readying a release for December 2 with a script by Adachi Shin from AMG, and actor Kentaro starring.

As a child, Masaki Sata was teased and bullied because of his appearance and called “Demekin” (popeyed goldfish). He decided to fight back and eventually became unbeatable in fights. His red hair also became a trademark. Masaki Sata and his buddy Atsunari then spent their days fighting and riding motorcycles. After middle school, Masaki Sata went on to high school and Atsunari begins to work at a ramen restaurant.

One day, Atsunari comes up with the idea of starting a motorcycle gang with Masaki Sata. What awaits for them are enemies.

The film is back in the spotlight with more than a week to go before its release, and with a new trailer that is still almost as hard to believe and with that, I see the fascination. Take a look! 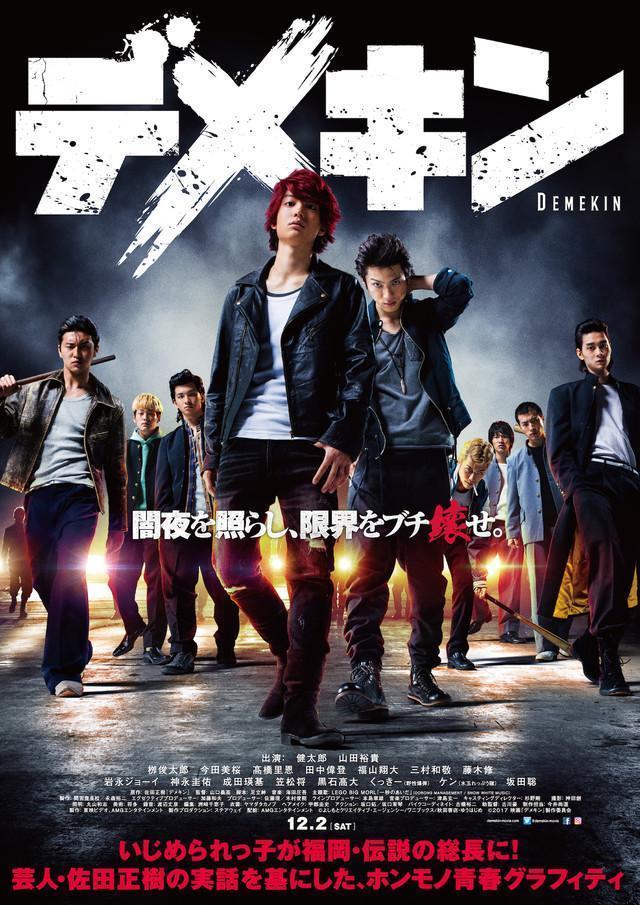