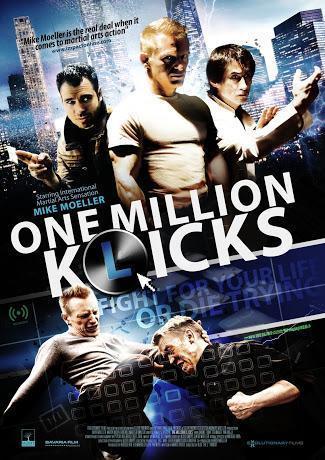 If there was ever someone who has consistently proven himself to be a dynamic talent in the world of martial arts on film, it would be Mike Moeller. His latest lead role in Alex Padrutt’s underground fight drama, One Million K(l)icks delivers quite a feat with Moeller starring as a beleagured fighter whose internet celebrity status takes a turn for the worse, forcing him to fight his way out of the underworld.
You can read my thoughts on it here while the film forges its path to North America very soon on DVD and Blu-Ray landing this August. As such, the film’s first stop will be iTunes with a date set for June 7 and you can now pre-order it HERE before the price goes up on the aforementioned date.