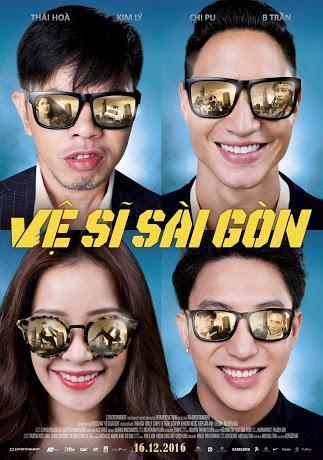 It’s a surprising turn for almost anyone just tuning in, including myself. Either way, for whatever reason there may be for Ninja The Monster helmer Ochiai Ken’s fascination with Vietnam’s film talent, it now brings us just a few months from his newest action comedy, Saigon Bodyguards, the story of two bumbling bodyguards and the chaos that ensues on their most important assignment yet.

The film marks Ochiai’s fifth feature length endeavor following titles like Dance! Dance! Dance!, the 2013 The Tiger Mask adaptation and the award-winning Uzumasa Limelight for which he won Best Director at Fantasia in 2014. Fanatic star Thai Hoa leads the cast as do Huong Ga co-stars Kim Ly and actress Chi Pu who rejoins her Love (Yeu) co-star, actor Be Tran for the film’s December 16 release.
CJ Entertainment in its continued involvement with Vietnam’s currently upscaling action film industry, has posted the first official international trailer which you can peep below.