Scarlett Johansson On BLACK WIDOW Movie: "A Prequel Is Possible" 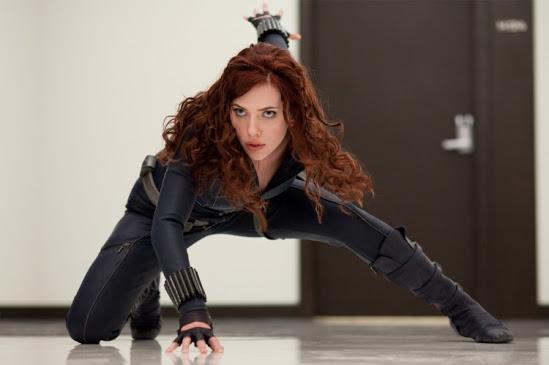 It was on the day of the release of Marvel’s Captain America: Civil War that company president, producer Kevin Feige confirmed that discussions were moving upward for a solo Black Widow movie.
This week, a segment in Variety‘s Power Of Women issue delves a little further into the discussion for the hopeful film that would finally see actress Scarlett Johansson take on a solo vehicle as have her male cohorts within Avengers.

Will there be a standalone Black Widow movie?

I would like for it to happen under the right circumstances. I think there’s a lot of opportunity to mine that story line. She’s got a really rich origins story. There’s a lot of places you can go — you can bring it back to Russia. You could explore the Widow program. There’s all kinds of stuff that you could do with it. You could really uncover the identity of who this person is, where she comes from and where she’s part of.
So if it happens, will it be a prequel?

It’s a possibility. There’s plenty of back story. Or not. It could be something else. Where do the Avengers go? They are underground. What happens then? What happens after it all falls apart? There are so many ways you can go. I think it would just have to be very much like its own specific thing. It would have to have its own specific vibe. It would have been totally different than any of the other standalone films. I think if the fans wanted it enough, then it would probably become a reality.
Don’t you think the fans want it?

Yeah, I guess. Marvel would know more than I do.
Are you still talking to Marvel about it?

As it stands, the films only tease just a smidgen of the heroine’s background. It’s just a little of what has kept the fandom going in Scarlett’s corner while other one other female prospect, the Brie Larson-led Captain Marvel, holds the fort down for a 2019 release.
Following her next appearance in Ghost In The Shell on March 31, 2017, the actress is next on target to reprise her role once more in the Russo Brothers’ The Avengers: Infinity War, which opens in theaters on May 4, 2018. In the meantime, Feige’s focus also includes anything and all within the current span of the Marvel Cinematic Universe, which tentatively doesn’t include rebooting Blade.