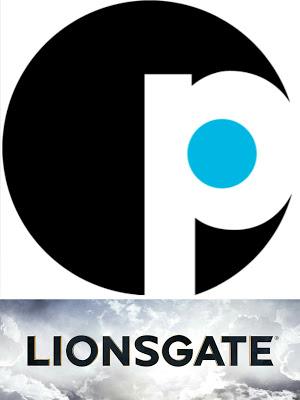 With another year, another season brews for more film market and festival news as things begin to stir ahead of EFM and the next Berlinale both this February. Participant Media is getting a leg in and with some push from Lionsgate for a slate of upcoming films, including hostage thriller, Entebbe from José Padilha and sci-fi surveilance thriller, Captive State from Rupert Wyatt.

Expect a little more later this year, but peep the details below on this latest deal:

Beverly Hills and Santa Monica, CA, January 10, 2017 – Participant Media, the entertainment leader in creating socially relevant films that inspire and further social impact, announced today that Lionsgate (NYSE: LGF.A, LGF.B) will represent the international rights to Participant’s upcoming slate of narrative feature films and select documentaries. The deal will cover Participant films in all territories outside of North America, including available non-output territories for films that fall under Participant’s deal with Amblin Partners.

The agreement expands a long-standing collaboration that dates from Participant’s strategic investment in Summit Entertainment and continues with the companies’ current partnership in the Julia Roberts’ starrer Wonder, currently in post-production.

“We’re delighted to expand our collaboration with Jeff Skoll, David Linde and the entire Participant Media team,” said Lionsgate Motion Picture Group Chairman Patrick Wachsberger and International COO Andrew Kramer. “Participant is a major creative force with a unique and resonant signature, and we’re proud to handle their deep pipeline of prestigious, commercially exciting and socially relevant films. The combination of Lionsgate’s international distribution organization and Participant’s production, marketing and social impact teams will allow us to find opportunities to enhance the social impact of their movies as well as maximize their box office performance.”

“We have successfully worked with Patrick, Andrew and the Lionsgate team for years and partnering with them on our international expansion is a perfect and natural broadening of our relationship,” said Participant CEO David Linde. “One of Participant’s key initiatives is to dramatically expand our international footprint, and with Lionsgate’s best in class sales team by our side, this will happen alongside the best distribution in the world.”

Wachsberger, Kramer and Lionsgate Motion Picture Group EVP’s of International Sales Wendy Reeds and Crystal Bourbeau, both based in the company’s London office, will lead the Lionsgate team at Berlin.

Entebbe, starring Rosamund Pike, Daniel Bruhl and Eddie Marsan, is the true story of one of the most daring hostage rescues in history, told from the varying perspectives of the hostage takers, victims and rescuers. A political-action thriller directed by José Padilha and produced by Working Title, Entebbe brings the longstanding conflict between Israel and Palestine into stark relief.

Captive State, directed by Rupert Wyatt (Rise of the Planet of the Apes) and starring John Goodman and Ashton Sanders, is a sci-fi thriller set in a Chicago neighborhood nearly a decade after it has been occupied by an extraterrestrial force. Captive State uses a grounded sci-fi setting to shine light on the modern surveillance state and the threats to civil liberties and the role of dissent within an authoritarian society. Both films are financed through Participant’s partnership in Amblin Partners.

The partnership deepens a Lionsgate international theatrical slate that already encompasses films from some of the leading content companies in the world, including CBS Films, Alcon Entertainment, Black Label Media & River Road Pictures.

The deal was negotiated by Gabriel Brakin, General Counsel and EVP of Business Affairs for Participant Media, with Linde and Jonathan King, EVP Narrative Films. Kramer negotiated on behalf of Lionsgate International.