SCORPION KING: BOOK OF SOULS Turns The Page With Production Launch This Week In South Africa

Universal 1440 Entertainment is getting its footing this week with director Don Michael Paul for their latest in a string of direct-to-video sequel ventures. Coming in 2018, Scorpion King: Book Of Souls, marks fifth in the Mummy franchise spin-off and with actor Zach McGowan (Death Race: Beyond Anarchy) starring as the fourth actor in line for the title role of Mathayus.
Production is underway in Cape Town, South Africa where our legendary warrior sets out to retrieve a mysterious book with the power to defeat an evil warlord. McGowan is joined by Pearl Thusi (Quantico), Katy Saunders (Law and Order), Nathan Jones (Mad Max: Fury Road) and Peter Mensah (Spartacus), and actress Mayling Ng (Wonder Woman).

“Scorpion King: Book of Souls truly raises the bar in terms of action, suspense, and thrills, making it an impressive addition to the infamous Scorpion King saga,” says Glenn Ross, General Manager and Executive Vice President of Universal 1440 Entertainment. “With multifaceted characters, gripping action sequences, and an intriguing storyline, this is the biggest and best chapter yet!”

The film is written by David Alton Hedges and Frank DeJohn (Legion, The One) and is produced by Mike Elliott (Halloween II, Death Race franchise), with Sean Daniel, Kevin Mischer, Stephen Sommers and the late James Jacks executive producing.

Plot and character details are sparse although Ng, best known among fans for her imposing persona in martial arts thriller, Lady Bloodfight, took to social media to lend fans a first-look at her character in full bloom and on horseback. Take a look here or below! 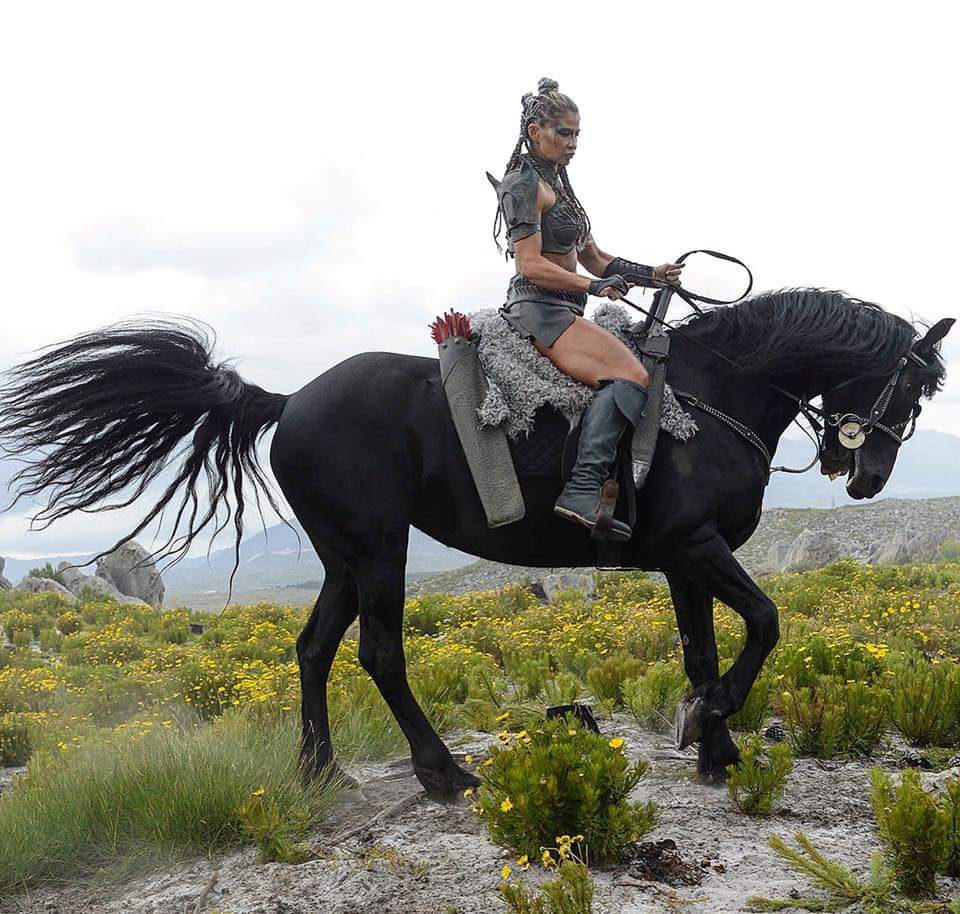