Scott Adkins Thriller, SAVAGE DOG, To Take A Bite Out Of August In North America 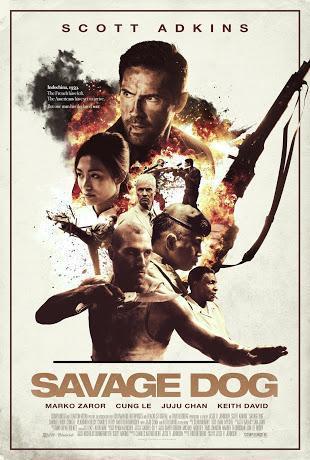 There’s a little more being stirred than what’s publicly known on what’s to come between actor/director duo Scott Adkins and Jesse V. Johnson (bearing in mind a certain adapatation of a well known British comic book which Adkins also produced). For now, among the few titles you can currently expect to hear more on is Savage Dog which now brings some new stills to surface which you can view at the bottom of the page.

Indochina, 1959. A Wild West town controlled by the criminal class: Vietnamese warlords and European war criminals. Den-Dhin-Chan Labor Camp is run by four such dangerous men. The worst prison in the land, it is here that a European, former-champion boxer Martin Tilman (Scott Adkins) has made a name for himself fighting tournaments, on which wealthy criminals gamble in high stakes events. When Tilman is due for release, he just wants to return home, but the corrupt forces running the jail will do everything in their power to keep him locked down. When all that Tilman holds dear is taken away in a vicious act of violence, he is forced to confront the five men responsible and take his revenge.

It’s not often you get to see an Adkins flick in theaters, which makes XLrator Media’s stake something to appreciate. Alas, an August 4 limited theatrical release awaits with a VoD run beginning August 8.