SDCC 2016: The New KONG: SKULL ISLAND Trailer Is No Joyride! 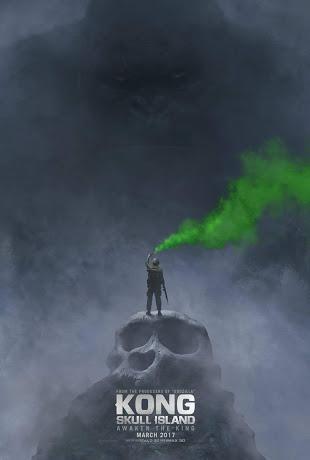 Far and away from its origins established in 1933 and echoed years later in Peter Jackson’s own remake, director Jordan Vogt-Roberts delivers his own take on the King Kong mythology with the new film, Kong: Skull Island. The first official trailer surfaced at Comic Con International at San Diego over the weekend and as the first of a reportedly hopeful progression into a franchise that could see our very leading royalty go toe-to-toe with Godzilla, this effort doesn’t seem to disapppoint.

In March 2017, the producers of Godzilla transport audiences to the birthplace of one of the most powerful monster myths of all in KONG: SKULL ISLAND, from Warner Bros. Pictures and Legendary Pictures.

When a scientific expedition to an uncharted island awakens titanic forces of nature, a mission of discovery becomes an explosive war between monster and man. Tom Hiddleston, Samuel L. Jackson, Brie Larson, John Goodman and John C. Reilly star in a thrilling and original new adventure that reveals the untold story of how Kong became King.

SDCC 2016: KING ARTHUR: LEGEND OF THE SWORD Gets Medieval In The New Comic-Con Trailer SDCC 2016: The New Trailer For DOCTOR STRANGE Transports You Into World-Bending Inception