Shannon Lee Responds To BIRTH OF THE DRAGON, Calls It A ‘Travesty’, ‘Inaccurate’ And ‘Insulting’ 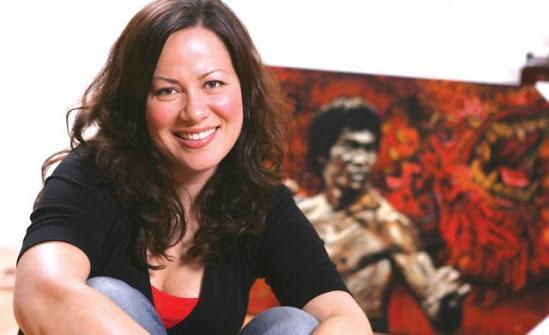 I think it’s safe to say you know your movie sucks when you not only screw the rights holders whose name and content you base your unsanctioned film on, but when said rights holders join the chorus of critics panning your movie from literally every angle of the internet. That is the level of achievement you have reached if your name is George Nolfi and you’ve directed a film called Birth Of The Dragon, long hyped to be a hopefully legendary homage to Bruce Lee, the late founder of Jeet Kune Do and patriarch of American martial arts movie fandom.
Pan over to what Lee’s own daughter, actress and CEO of Bruce Lee Enterprises, Shannon Lee, had to say about the film after watching it herself. She’s busy with several people working on advancing some of her late father’s work as we speak, in addition to a forthcoming TV series, and what she and her company are deeming as the definitive Bruce Lee biopic for the past few years now, and they are essentially the gatekeepers of anything and all Bruce Lee related. And having apparently screened the film herself following its recent premiere at the Toronto International Film Festival, and much to the chagrin of many a critic and those observant of how the late martial arts master and film star’s legacy has been treated, her response is not a pretty one.
With any luck this doesn’t curtail actor Philip Ng’s own film ambitions on an international level. He’s proven his skillset time and again and he deserves better, and I’m personally hoping this movie doesn’t sound off the death knell of his career. It can’t. Otherwise, we’ll see how far this goes. Ugh… ouch.