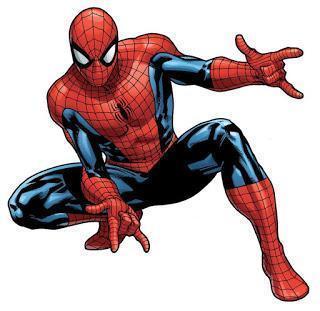 Speculate what you can between now and next summer. Marvel and Sony aren’t pulling any punches this year with the prospects of getting a glimpse of actor Tom Holland in the role of Spider-Man for an upcoming reboot as of nearly a year ago, and as of Tuesday, both studios are making it official with an IMAX release date stamped to boot.
Time will tell if he’ll really have a place in Marvel’s current MCU following the Russo’s Captain America: Civil War in May. Nevertheless… a franchise-and-a-half later, we’re going at it again. Yes, I do have some mixed feelings about it as I would have like to see the last one finish in conjunction with Sony’s earlier plans for a Spider-Girl film. Maybe there’s a chance for this…maybe maybe.
Deets below!

CULVER CITY, Calif., Jan. 26, 2016 /PRNewswire/ — Spider-Man, one of the world’s most beloved superheroes, will once again come to IMAX® Theatres for a network-wide event run when the film is released in theaters on its new worldwide date on July 7, 2017, it was announced today by Josh Greenstein, president of Worldwide Marketing and Distribution for Sony Pictures, Kevin Feige, president of Marvel Studios, and Greg Foster, Senior Executive Vice President, IMAX Corp. and CEO of IMAX Entertainment.  As the movie, which Sony Pictures Entertainment is teaming with Marvel Studios to produce, enters wide release, it will also be digitally re-mastered into the immersive IMAX® 3D format. The highly anticipated next installment in the $4 billion franchise, which will star Tom Holland as Peter Parker/Spider-Man, will be directed by Jon Watts and produced by Feige and Amy Pascal.

Commenting on the announcement, Greenstein said, “There’s so much about Spider-Man – including the web-slinging action – that lends itself perfectly to the IMAX screen.  We are confident that audiences everywhere around the world will want to see it in IMAX.”

Feige said: “Time and time again IMAX delivers super-hero sized moviegoing experiences to fans. With the anticipation for Spider-Man climbing, we are excited that IMAX has committed early to this extended release plan – it will be a great way for audiences around the world to experience such a big event film.”

Foster said, “IMAX’s long-standing relationship with Marvel and Sony first began with Spider-Man in 2002, establishing the ultimate way for fans to be transported into the world of their favorite characters like Peter Parker. By re-teaming with our friends at Sony and Marvel on the newest Spider-Man reboot, we are excited to deliver audiences what they’re asking for: a must-see cinematic adventure – in IMAX.”

The IMAX® 3D release of the Spider-Man film will be digitally re-mastered into the image and sound quality of The IMAX Experience® with proprietary IMAX DMR® (Digital Re-mastering) technology. The crystal-clear images, coupled with IMAX’s customized theatre geometry and powerful digital audio, create a unique environment that will make audiences feel as if they are in the movie.