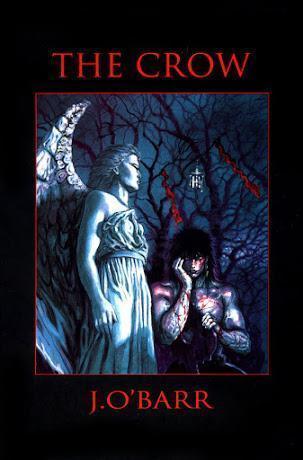 It has been nearly a decade since plans went under way to revamp the popular 1994 revenge thriller, The Crow. The revolving door of actors and directors has been all but continuous up until the last few years to date with Friday’s news of a reported plan by the trades to keep Corin Hardy and actor Jason Momoa attached for what was titled as of last August as The Crow: Reborn.

Momoa, if confirmed as expected, will headline as the title character, awakened from the dead by a mystical bird and granted the necessary powers and abilities to avenge his own death, and the rape and murder of his girlfriend. Also producing are Misher Films’s Kevin Misher as will Hadida and the original film’s producer, Edward R. Pressman, along with international sales banner Highland Film Group.

Alex Proyas’s 1994 release from Dimension Films is still hailed as a classic following the on-set death of its star, Brandon Lee in 1993. Actor Vincent Perez took the mantle with a new protagonist in Tim Pope’s commericial flop before actors Eric Mabius and Edward Furlong followed suit in their own smaller-scaled sequel releases. Mark Dacascos eventually laid claim to the property’s own TV series remake lasting one season of The Crow: Stairway To Heaven by 1999.
Momoa will next be seen in the Zack Snyder/Joss Whedon-helmed Justice League this November as heralded comic book hero, Aquaman, for which he will reprise titularly in his own film on December 21, 2018.

THE NIGHT COMES FOR US Dawns A Stern New Photo From The Joe Taslim Actioner HiGH&LOW THE MOVIE 3: FINAL MISSION: Catch The First Teaser!