Following its rousing presentation at SXSW earlier this year, acclaimed director Jared Moshe’s sophomore offering, The Ballad Of Lefty Brown, was aptly snatched by A24. A DirecTV release will lead off the film’s On-Demand rollout next month before hitting theaters on December 15 and the film saw its first official trailer come out this week.

When cowboy Lefty Brown (Bill Pullman) witnesses the murder of his longtime partner — the newly-elected Senator Edward Johnson (Peter Fonda) — he strikes out to find the killers and avenge his friend’s gruesome death. Tracking the outlaws across the vast and desolate Montana plains, Lefty recruits a young gunslinger, Jeremiah (Diego Josef), and an old friend, a hard-drinking U.S. Marshall (Tommy Flanagan), to help deliver the men to justice.

After a gunfight with the outlaws leaves Jeremiah wounded, Lefty returns home with the names of Johnson’s killers only to find that he is being accused of his friend’s murder. With the tables turned, and with his friend in the governor’s mansion (Jim Caviezel) refusing to help, Lefty must evade the law and prove his innocence by exposing the powerful men ultimately responsible for Johnson’s death. A thrilling and action-packed Western, The Ballad of Lefty Brown is a story about loyalty, friendship, and the relentless pursuit of justice.

Joseph Lee Anderson and Kathy Baker also star. Check out the trailer below! 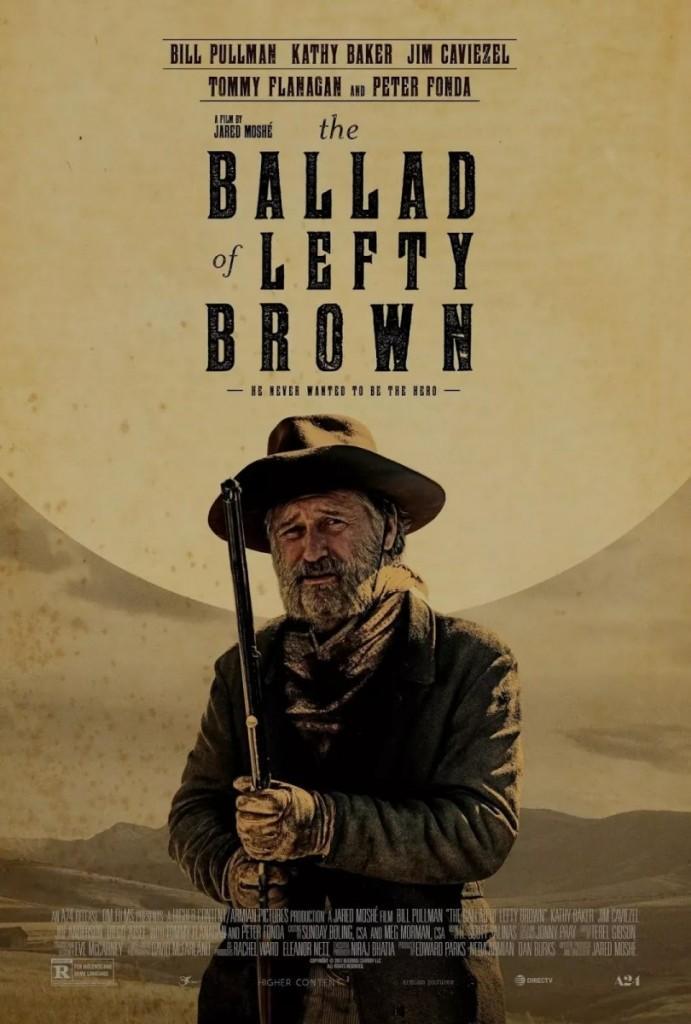 THE JADE PENDANT: Love In A Time Of Servitude And War In The Latest Trailer Review: GEOSTORM – Facepalmingly Stupid And Wildly Entertaining