THE FOREIGNER Emerges In The First Official U.S. Poster

Honorary Oscar winner Jackie Chan is in Shanghai stirring a ruckus for attendees and fellow stars at the 20th Shanghai International Film Festival. More news on this will rollout eventually and there will be plenty to sift over amid the buzz for Chan and his upcoming titles, and the same goes for the Fall release of the new thriller, The Foreigner, which is getting an October 13 release from STX.
The film takes its cues from Stephen Leather’s novel, The Chinaman and is adapted for the screen by David Marconi with Casino Royale helmer Martin Campbell directing. Chan is joined by Pierce Brosnan, Liu Tao and Katie Leung for the story of a South London restaurant owner who reverts to the lethal skillset built in his dark past, paving his own way for vengeance after an IRA terrorist attack that kills his family and the justice system fails him.
The film has already made itself a share of festival appearances with a few gamey one-sheets but we now have an official first poster for its North American release. Check it out! (H/T: ScreenAnarchy) 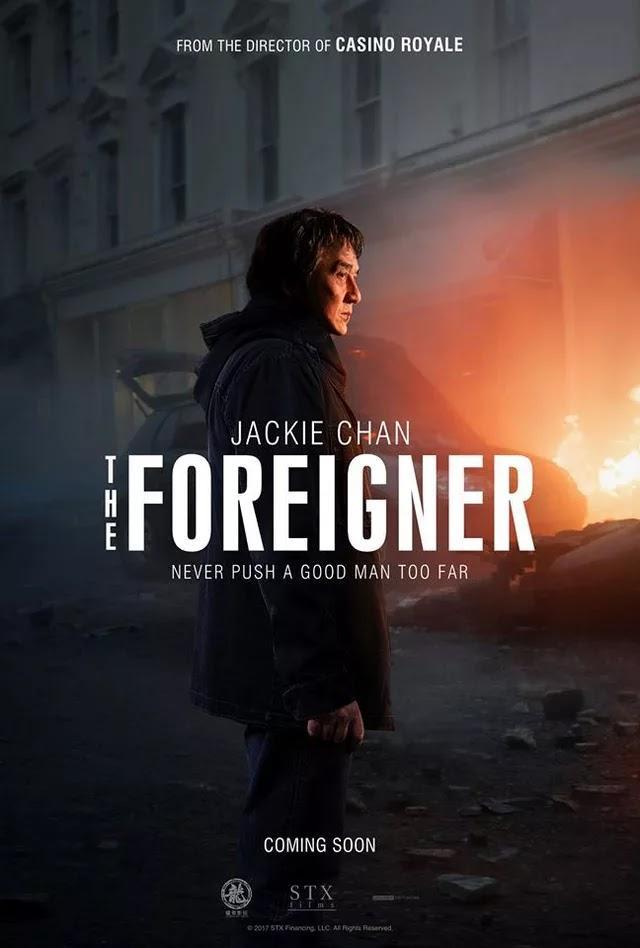