The Gloves Come Off In The New Trailer For ARAGURE 2: ROPPONGI VS. SHIBUYA 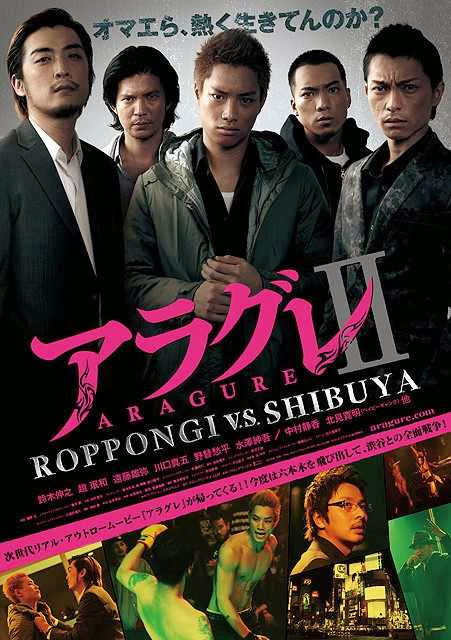 Take the life of a gangster-turned-store owner who loves to fight, throw him in Japan’s underground fighting tournament and what do you get? Well, here, you get a ferocious sequel in director Hajime Gonno‘s newest film, Aragure 2: Roppongi VS. Shibuya. Following the events of the first film released earlier in 2013, Gonno returns to direct from a screenplay once again by Masao Ikegaya with several returning cast members, including lead actor Nobuyuki Suzuki with Yuya Endo and Shuhei Nogae. Also starring are actors Tamiyasu Cho, Shingo Kawaguchi and Shingo Mizusawa, actress Shizuka Nakamura and actor Hiroaki Kitami.

Seiya (Nobuyuki Suzuki) of Roppongi works at a store in Shibuya which is run by his senior. He doesn’t get used to working there and dislikes his job. He’s also unable to fight which he enjoys. Seiya becomes stressed by his situation. He is then asked to make money through an underground fighting event at a different store in Shibuya. Seiya decides to take part in the fight, but his decision causes a battle between Roppongi and Shibuya.

New Photos Kick Things Into Action On The Set Of SKIN TRADE! Amy Johnston Lands The Lead In LADY BLOODFIGHT