I almost spent my Sunday lingering which I felt like doing frankly, but this week’s Hit List needed to get going before long because I just know things are going to pile up like they did this past week and I really need to catch up. Needless to say, this will be the last Hit List installment until June 4 when we return with the usual round of exciting stunt and independent shortfilm content hitting the internets!

The last few years have been a bit myopic in trying to get in touch with filmmaker Jeanne Jo. We recently connected this year and I was able to screen her most recent shortfilm, Punch Me, which she had been trying and failing to get into festivals for sometime now until something finally took over in Seattle.
Those festivities kick off on May 27 along with other events now finally accomodating Jo’s latest premiere stint in action comedy inspired by an art school performance piece titled “My First Punch To The Face”. Tory Villalobos sets the tone for the impasse between a woman feeling unfulfilled in her relationship, and industry stunt coordinator, action actor Jonathan Eusebio as the boyfriend willing to do anything for love…except what the title entails.
Calamity ensues in what we now get to sample in the official teaser, and for a project that otherwise may strike a bit of controversy in the wake of recent prolific events and discussions. What we get though, is something much more lighthearted and sardonic in nature, with stunts and independent creativity as the prudential bedrock.
Time to get the action in gear and with it, a first and foremost shout-out to Robert William Myles who first landed on my radar about five years ago with a shortfilm project. He’s emerged once again with a small, experimental webseries that aims to harness the timeless creativity of its performers in all of a single day per project, all in the sum of Fight Rep, featuring all different styles of fighting and weapons and respective periods. Myles directs with sequences choreographed respectively by Roger Bartlett, Rob Leonard and Ronin Traynor.
I believe I introduced Sher Juraev to the Hit List at some point through a reel of his own. It pleases to have him back on now as he brings a small bit of fight action to the table from his channel titled Elimination with performances by Sergei Morin and Andrey Zakopaylo. Tanguy Guinchard returns to the Hit List as well with a little bit of practice action with Philippe Phengrasmy courtesy of a Black Magic Pocket Cine Camera and Anisha Gibbs and Wadi Jones go head-to-head over a secret disk in Rogue from Marques Zaror.
Paul Loduca and actor/stunt multi-hyphenate Taz Garcia take the helm in a group head-to-head battle for the foremost seat in an Uber in Shotgun with actresses Stella Nicole and Anne Vongviset while Bernard Fuchs and Flo Kramer throw fists, feet, and Shades over at Xingjutsu Stunts, Chopsticks are the classic weapon of choice for Brazen Action Design’s Sunny Tellone and Veto Swarn, and Joey Min goes drunken master on some minion fools in a storied tribute to a Mortal Kombat game favorite in El Borracho. 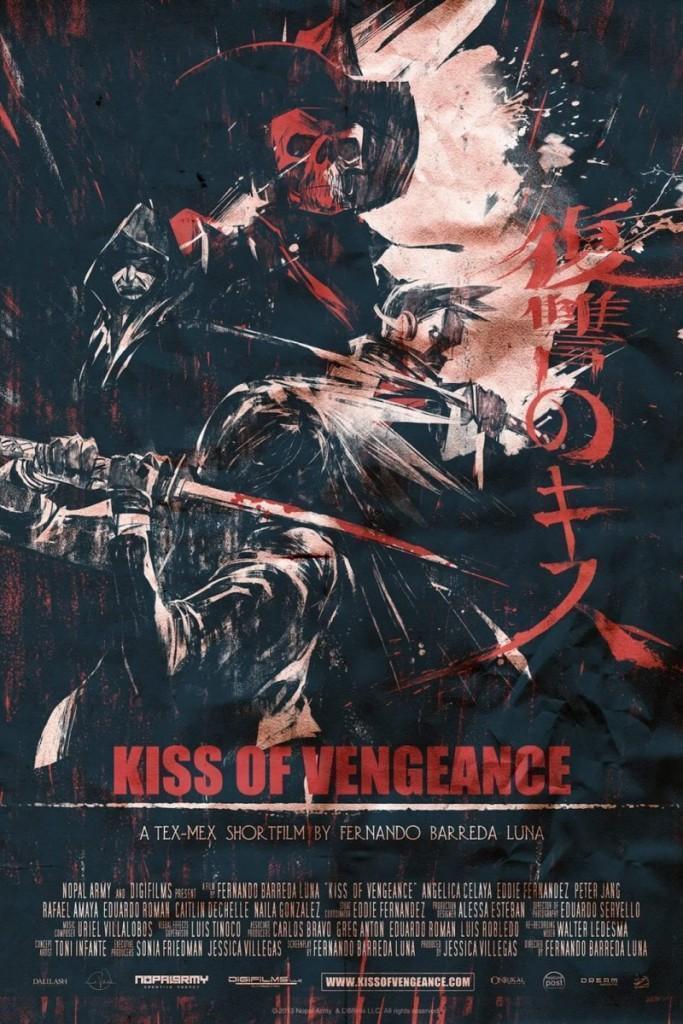 Robert Samuels (H.K.S.A.) returns to the fray once again with Episode 2 of martial arts action webseries Final Contact where our sprawling cast continue the hunt for the contents of a missing package. Next up is director Adam Kirley joining in on the Hit List fun with stuntman and actor Damien Walters laying claim in sci-fi action fan flick, Storm Trooper: The Quartz Rebellion based on the hit video game, and director Fernando Barreda Luna six years since stirring the film fest crowd with hopes of a feature film based on his 2013 short, Kiss Of Vengeance which is now being revived on the Nopal Army Films YouTube channel featuring Alejandra Gollas voicing actress Angélica Celaya, with Rafael Amaya, Caitlin Dechelle, Naila Gonzalez and Eduardo Roman, and with martial arts stunt and fight choreography by co-stars Eddie J. Fernandez and Peter Jang.
Last and far from least with all the un-ending lipservice I’ve been giving this project is the hit shortfilm, Blindsided: The Game, the brainchild of JB Productions’ Eric Jacobus and director Clayton J. Barber, and the signaling countdown until the next load of badassery from the JB banner arises.
Enjoy!

Feel free to catch up on any and all past weekly entries of the Hit List and tune back on Monday, June 4 for when we return for more stunning stunts and indie action greatness! And of course, send us a Hit List entry to filmcombatsyndicate@gmail.com!