The Juppongatana Emerge In The New U.S. Trailer For RUROUNI KENSHIN: KYOTO INFERNO 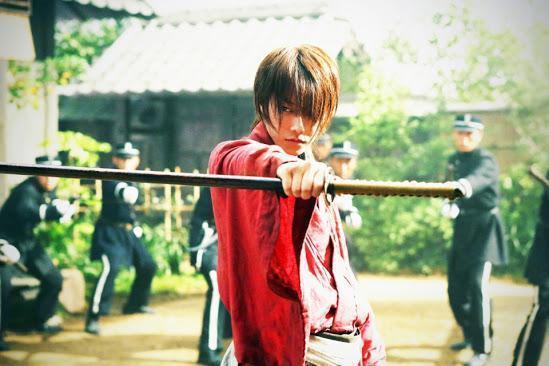 The rollout continues next month Otomo Keishi’s Rurouni Kenshin trilogy continues to pave its way in select theaters North America. Next month will see the limited event debut, Rurouni Kenshin: Kyoto Inferno on September 12, 13 and 14 and Funimation Films has unveiled the latest trailer for the live-action adaptation which now encompasses our hero’s journey to Kyoto to stop a mad swordsman and his army from pillaging Japan and plunging the country back into darkness.

Former assassin Kenshin Himura and his friends are called back into action when a ghost from the past era rises to wreak havoc across Japan. Makoto Shishio, another ex-assassin, was betrayed, burned, and left for dead at the end of the war. Badly scarred—but very much alive—Shishio has put together an army and aims to overthrow the new government—burning anything and killing anyone who stands in his way. After witnessing his brutality firsthand, Kenshin agrees to intervene and help keep the peace. Will the wanderer with a blade bathed in blood be able to withstand the fury of the swordsman forged by fire?

Watch the new trailer below and pre-order your tickets at Funimation’s official website!

Indonesian Superheroine VALENTINE Shows Her Love For The Fight In The Second Teaser Fashion Spells Trouble In The New Trailer For Seagal Actioner, END OF A GUN