The holiday is in full swing and if you are like most of the people I know who love this season, you’ve probably got a rotation of films that you have to absolutely view each year. Any version of Dr. Seuss’ story of the Grinch may be in there, too. I have always thought the cartoon was cute but enjoyed the in-depth look at the Grinch’s youth in the version with Jim Carey. But, now I have seen an even better version for Grinch and horror fans to add to their yearly rotation of holiday films: The Mean One.

The film starts with a young Cindy you-know-who and with the familiar scene of her catching Santa at the Christmas tree and has the rhyming narration that is synonymous with anything Dr. Seuss. But then things go wrong and there is an accident setting both “Santa” and Cindy on very different journeys than in previous versions.

What follows next is a fun slay ride (see what I did there?) of callbacks to the original material, new characters, and a hunt for a monster who only attacks on Christmas. The dashing ride is full of slashing and all the campy, gory trimmings a horror parody needs to keep your Christmas spooky spirit happy.

There are some clichés that just have to happen when you’re telling story like this (people think Cindy is crazy, there is a fun training montage), but they fit. It just would not be realistic to have Cindy describe a hairy green monster and have the town immediately believe her. And watching the Mean One go on this very different path was quite entertaining. It is campy, it is gory, but it is also funny. I was not sure what to expect when I first saw stills advertising this dark take on a character who started off in a cutesy rhyming book for children, but I am glad that I got to watch this.

This (unauthorized) parody is written by Finn Kobler and Flip Kobler and directed by Steven LaMorte. Until this film I was not familiar with Krystle Martin who does a solid job playing a grown-up Cindy, but I was excited when I saw David Howard Thornton’s name on the film poster. I recently saw him on screen for the first time when I went to see Terrifier 2. In that film, he did a lot with no words as Art the Clown and he does the same in this one. I can’t wait to watch him in more horror films.

Here is the trailer:

I don’t know if my early access screener link will allow me a second view, but I have to see this one again. And again next year.

The Mean One opens in US cinemas on December 8th. 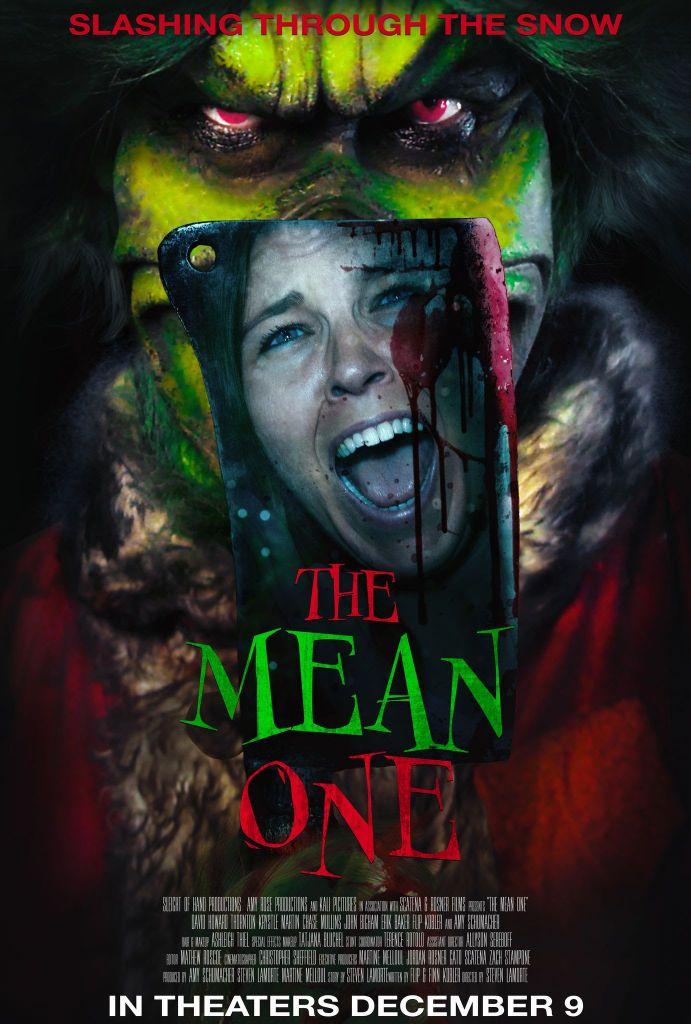