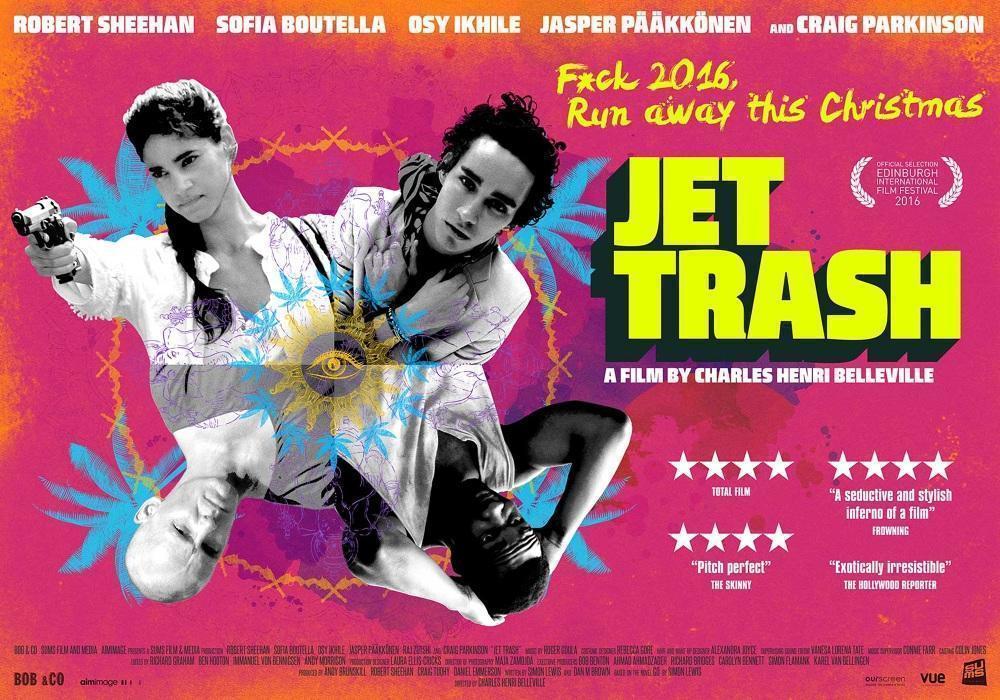 Charles Henri Belleville’s latest crime drama, Jet Trash, has come a long way since first hitting festival screens at Edinburgh in 2016 (hence the trippy, snazzy poster art above). Jump over to this Spring and with Indican Pictures taking the mantle for North America, a limited theatrical date has been set for April 27 for movie goers to make note of.

Two friends cross a London gangster forcing them to flee England. Lee and Sol are hiding out on a beach in Southern India living a slacker life of sex, drugs and parties. Trouble comes to paradise when Vix, a beautiful girl from Lee’s past, turns up. Things get worse when the gang find themselves up against crooked cops, local hoodlums, gangsters…. and their past. How far do you have to go to get away?