THE PADRE: Nick Nolte Hunts By Faith In The Official Trailer

Art Of The Steal helmer Jonathan Sobol’s new indie crime thriller has gone quiet under the radar until now with The Padre. An official trailer is now live and with some strong talent at the forefront with no less than Nick Nolte still draws compelling performances as does Tim Roth.

Hell-bent on justice and revenge, retired U.S. Judge Randall Nemes (Nick Nolte) and his hired gun, Gaspar (Luis Guzmán), track down a small-time con man (Tim Roth) posing as a priest in a small Colombian town only to be thrown off-course by a scrappy 16-year-old local girl intent on reuniting with her little sister in the U.S.

Also starring is actress Valeria Henríquez. Check out the poster as well and note the offiical VOD releases for August 28, as well as official select theatrical rollouts on September 28 and on DVD October 30. 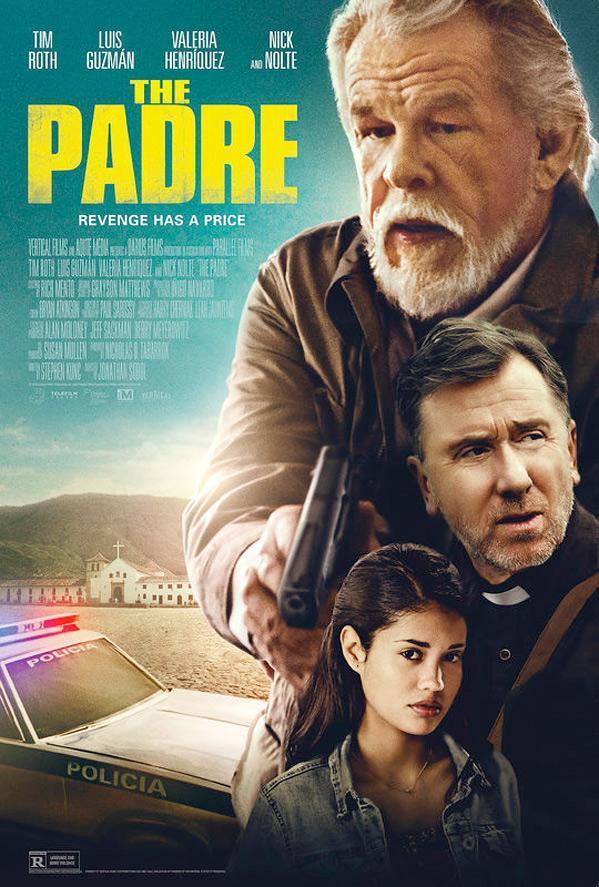