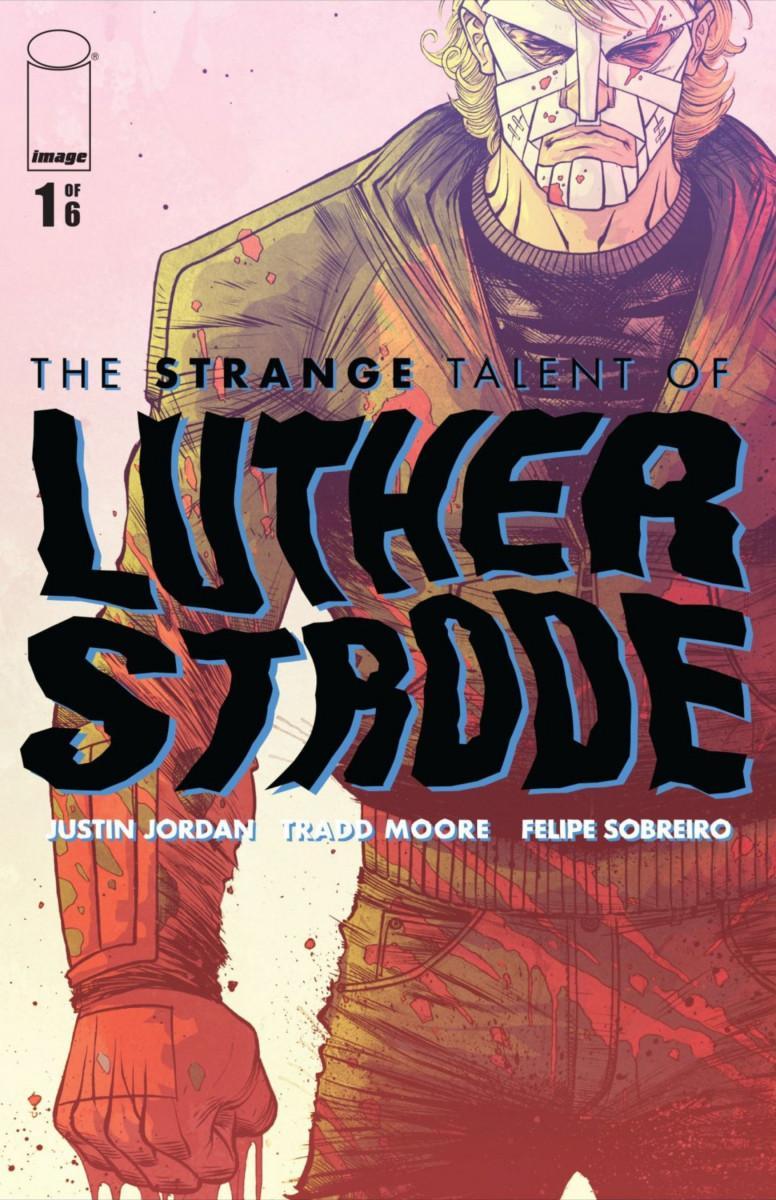 Fans of Image Comics’s The Strange Talent Of Luther Strode can now set the clock as development of a feature film adaptation commences starting this week.

Pic hails from Allnighter’s Dinesh Shamdasani, Hunter Gorinson, and Amanda Kruse. The trio are producing the pic alongside co-creators Tradd Moore, and with Justin Jordan who is adapting the comic and penning the script.

The Strange Talent Of Luther Strode is described as a tale that “deftly splices together the common DNA of the superhero and slasher archetypes for a brash and bloody adventure that is equal parts comic-book escapism and action-horror hybrid”, much like Venom and Buffy The Vampire Slayer.

The story centers on a meek, soft-spoken and less-than-average high school student who discovers The Method, an improbably old text hidden between the comic books and ragged paperbacks at his favorite used bookstore. The Method proves far more than it seems, unlocking him from within and transforming him into near-perfect physical specimen.

Imbued with incredible new strength and abilities…and a murderous penchant for violence that he can’t quite seem to shake, our protagonist will soon be confronted by The Method’s masters; Ultimately, he must choose whether to embrace the monster he was intended to be, or use his newfound power to protect those who never protected him when he needed them the most.

The Image Comics publication is a best-seller, celebrated as “one of the greatest comic book series of all time” by SyFy Wire, and a “career-making work” heralded as both “deftly original” and “masterful” by IGN, and is credited alongside The Walking Dead and Saga for redefining Image for a new generation. It launched Jordan and Moore into rising stardom since debuting in 2011, with both creators reuniting for two equally successful follow-ups: “The Legend of Luther Strode” (2012) and “The Legacy Of Luther Strode” (2015).

“Luther Strode remains one of my very favorite things I’ve ever worked on and getting the chance to bring it to a new audience as a film is exciting beyond belief,” said Jordan. “Especially since Allnighter is dedicated to staying true to all of the foundations – from the tone to the mythology, and, of course, the kinetic action exemplified by Tradd’s artwork – that people have loved about the comic.”

“The Strange Talent Of Luther Strode is the type of pitch every publisher dreams of – work by newcomers so anxious to make their mark that every page practically vibrates with indomitable confidence,” said Eric Stephenson, Publisher & Chief Creative Officer at Image Comics. “When I first got a look at Luther Strode as a blind submission in my inbox, I was bowled over by the sheer audacity of what Justin and Tradd were creating, and it was an automatic green light. It’s going to be exciting to see how this awesome series takes shape in another medium!”

“Luther Strode is one of the most beloved comic book series of the past decade and with good reason. Not only is it a master-class in the best that comics have to offer, but it’s horrifying, heartfelt, and funny all at once. Whether you like superheroes or horror, Strode is the rare series that equally speaks to the core of both genres and creates fascinating new dimensions in the process,” said Shamdasani.

“Allnighter is built to celebrate not just the things we love, but the artists that have something new and distinctive to say about them as well. Luther Strode’s unique perspective is a perfect example of that mandate in action,” added Kruse.

In addition to their current duties at Allnighter, Shamdasani and Gorinson also serve as the Co-CEO & Co-Chief Creative Officer and Publisher, respectively, of the upstart comic book publishing imprint Bad Idea, which is slated to debut with a slate of five highly anticipated new series in 2021.

Allnighter is represented by UTA.