New stills rolled out earlier this week at EW for director Tom Gormican’s new Nicolas Cage action comedy headliner, The Unbearable Weight Of Massive Talent. More importantly though, the new official trailer that dropped on Tuesday has all the Cageness Cage fans could want from a Cage film, and it looks like it’s gonna be lots of fun when it releases next year on April 22.

Nicolas Cage stars as… Nick Cage in the action-comedy The Unbearable Weight of Massive Talent. Creatively unfulfilled and facing financial ruin, the fictionalized version of Cage must accept a $1 million offer to attend the birthday of a dangerous superfan (Pedro Pascal). Things take a wildly unexpected turn when Cage is recruited by a CIA operative (Tiffany Haddish) and forced to live up to his own legend, channeling his most iconic and beloved on-screen characters in order to save himself and his loved ones. With a career built for this very moment, the seminal award-winning actor must take on the role of a lifetime: Nick Cage.

Also starring are Sharon Horgan, Ike Barinholtz, Alessandra Mastronardi, Jacob Scipio, Lily Sheen and Neil Patrick Harris. Check out the trailer above for yourself and poster below! 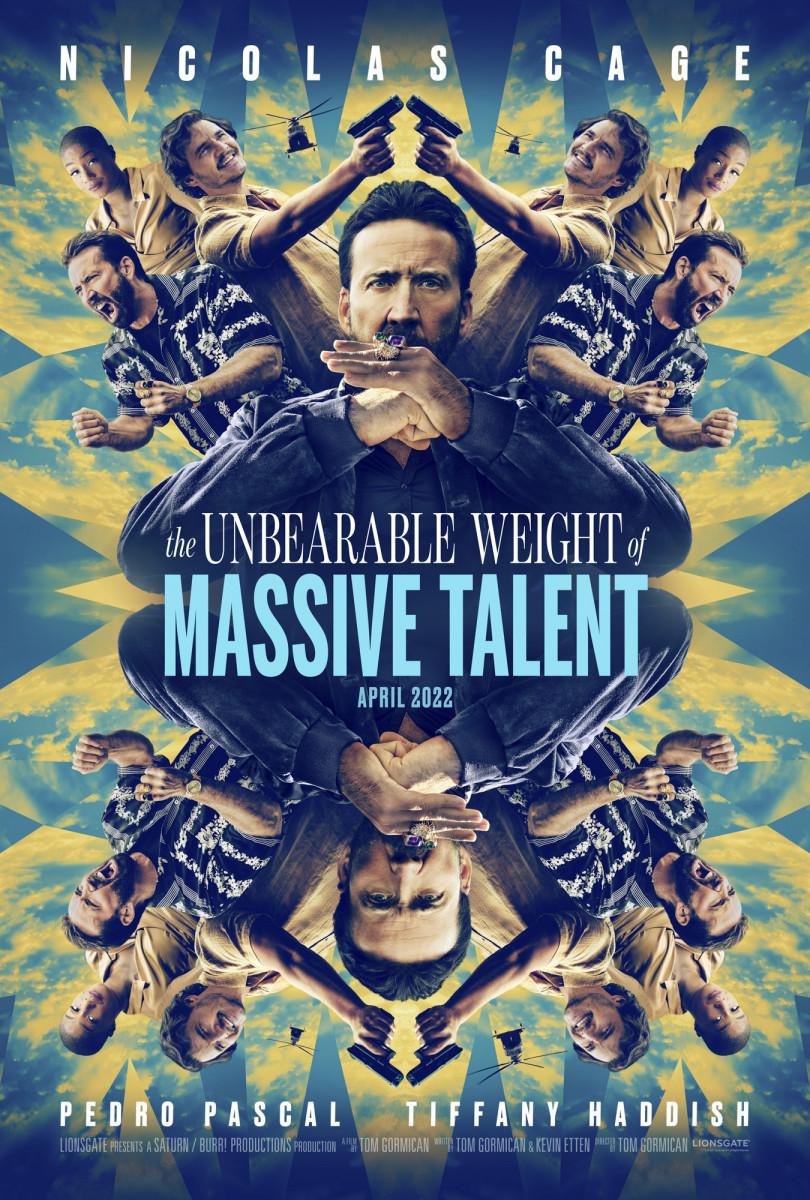 SHIN ULTRAMAN Attacks In A Brand New Teaser Ahead Of May 2022 Release THE SIEGE OF ROBIN HOOD: Paul Allica’s Debut Action Adventure Emerges With A Pair Of Posters