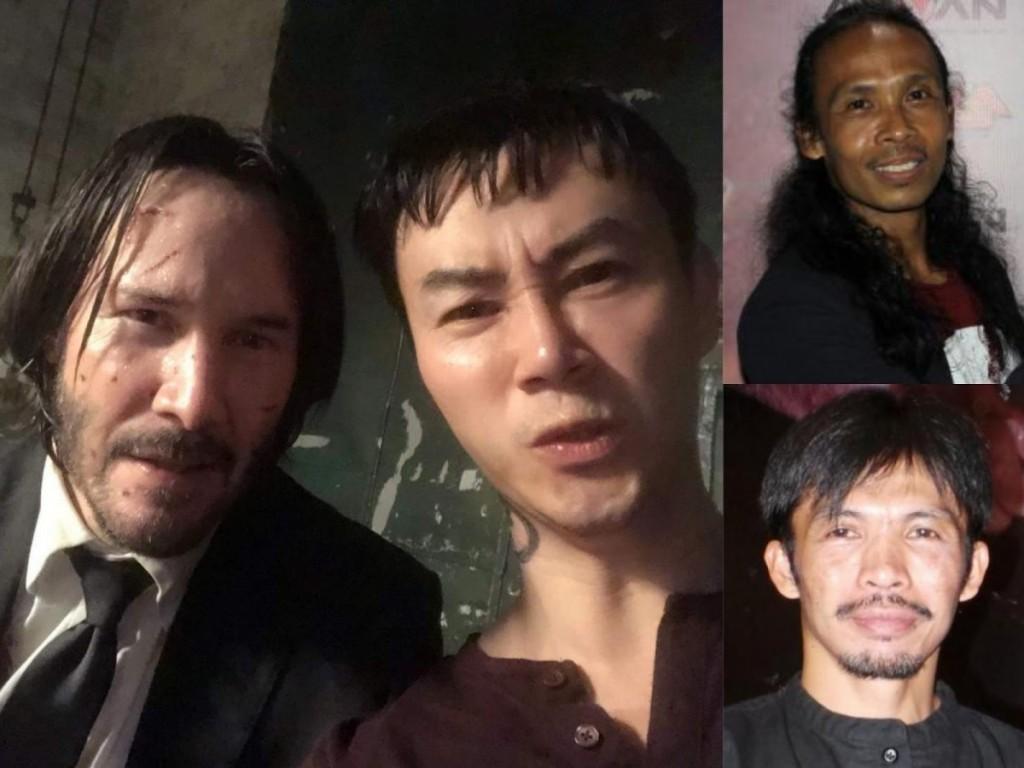 Right about now you’re waiting news over any and all pertaining to Chad Stahelski’s John Wick: Chapter Three which is still in production. This week, some of the best news to arise now sees word that Tiger Chen, Yayan Ruhian and Cecep Arif Rahman have all joined the production starring opposite Keanu Reeves who returns to star.
A few photos have gone viral in recent weeks seeing Chen merely hinting a presence on set but this latest update is official. The three are said to play opposite Keanu Reeves according news over at The Hollywood Reporter with Chen back on set following a starring role in the 2014 kung fu spiritual drama, Man Of Tai Chi.
It’s an update worth noting as it hopefully sets up for a larger Hollywood screen presence for all three martial arts stars who’ve seen their rise in all of the last nine years collectively, including that of Chen whose friendship dates back to production on The Matrix trilogy. Ruhian and Rahman have been earning their claim to fame as well in a plethora of Indonesian film productions such as Gareth Evans’ Merantau and The Raid films, as well as briefly appearing together  in J.J. Abrams’ Star Wars: The Force Awakens.
John Wick: Chapter Three follows up from the 2017 sequel and its 2014 launchpad overseeing the tale of the titular former gangland enforcer whose tragic impasse with the death of a beloved dog handed to him posthumously by his late wife ensues a bloody opus of ballistic revenge and retribution that pulls him back into the life he no longer wanted. The story continued in the second film revealing more of the hidden machinations of luxury assassins’ hotel chain, The Continental, setting up a harrowing do-or-die mission for our brooding protagonist that forever ensnares him in the very eyes of his organization when he commits a cardinal sin on company ground, now off-setting our hitman hero’s daring fight to stay alive with a $14 million dollar price on his head.
Rounding out the cast are Laurence Fishburne, Ian McShane and Lance Reddick along with others announced here.