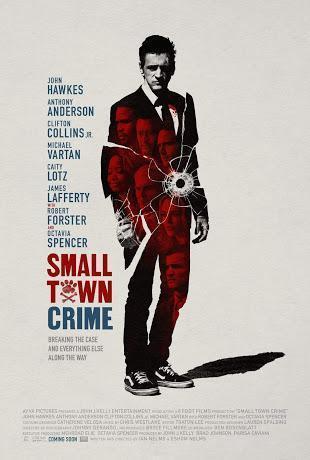 The respective directing careers of Ian and Eshom Nelms bring in their wake a several notable wins and nominations over the past decade. Their latest pairing, Small Town Crime, is signature of this in its recent appeal to critics during its festival runs at Halifax and Calagary, and earlier on at last year’s SXSW in March upon its acquisition by Saban Films and DirecTV, as well as Canadian distributor Mongrel.

SMALL TOWN CRIME centers around “Mike Kendall”, an alcoholic ex-cop who finds the body of a young woman and, through an act of self-redemption, becomes hellbent on finding the killer but unwittingly puts his family in danger and gets caught up with several dark characters along the way.

Select theatrical releases in the U.S. and Canada are still in tow for January 19. The film is available on-demand as of last month depending on where you look but at least there’s some trailer footage circulating about.

BRIGHT Illuminates With An Official Sequel Announcement From Netflix KICKBOXER: RETALIATION Sees Alain Moussi Fight A Mountain Of A Man In The Official Trailer