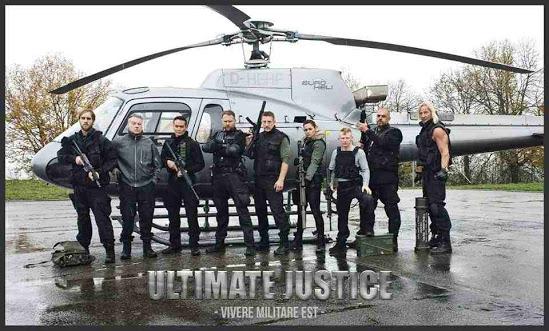 An action film that unfies the star caliber of performers like Matthias Hues, Mark Dacascos and Mike Moeller would be an easy sell for any fan of the genre. Thus, you get the case for director Martin Bode’s new film, Ultimate Justice, the latest from Silent Partners with producer Mike Leeder also in a starring role among our cast for a story that congregates an elite team of soliders when one of their own is attacked.
The new teaser has arrived this year and you get a good sample of what awaits in terms of action and drama while no dialogue is heard. At any rate, we’re getting what looks like an ample package of heavy hitters ready to deliver something entertaining and worthwhile for fans. Fellow action favorite Mathis Landwher also stars with Brandon Rhea, Sandra Tauro, Yazmeen Baker and Wolfgang Riehm, and action sequences put together by none other than Moeller along with stunt coordinator Thomas Hacikoglu.
Check it out below.

Shortfilm Review: EXILE (2016) Daisy Ridley Is Up For The Role Of Lara Croft In TOMB RAIDER