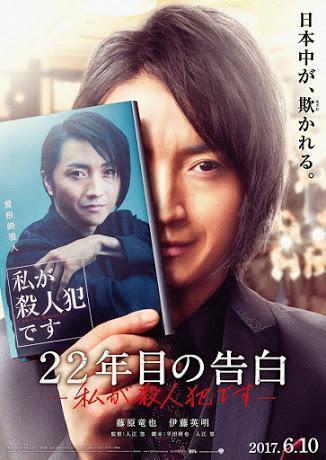 Action Boys helmer Jung Byung-Gil rose to acclaim in 2012 with the South Korean feature film hit, Confession Of Murder, and rightfully so with Best New Director and Best Screenplay at Grand Bell and Baek Sang award shows, all earned with one of the most riveting murder mysteries ever put on film. Actors Jung Jae-Yung and Park Si-Hoo starred from a script written by Jung outing an epic battle of wits between a vengeful cop and a man who claims to be the serial killer he failed to catch years fifteen earlier.
With the statute of limitations presumably expired, the killer puts out a book of his memoirs in the name of penance and it becomes a best seller, although there is more to his newfound celebrity while the film’s subtext lays the perfect groundwork for an allegory that shines a spotlight on how media sensationalism perpetuates tragedy for the sake of popularity and ratings. Such is the level of penmanship and creativity that commands the respect of several awards and so it’s easy to see why anyone would want to look into this amazing film as a potential property worth remaking.
As it turns out, Joker Game and The Sun helmer Irie Yu has done exactly that for his own take, aptly titled Confession Of Murder, and now with a twenty-two year difference between our cop and newfound reality TV star/repentant killer, respectively played by actors Ito Hideaki (Terra Formars) and Fujiwara Tatsuya (Death Note). Warner Bros Japan is teasing the film as of earlier this week ahead of its June 10, 2017 release. The teaser itself is short and sweet but if you’re familiar with the original, what you see might give you somewhat of an eyeful to fawn over until a full trailer arrives.
Peep it below!