Watch A New Trailer For Ochiai Ken's NINJA THE MONSTER 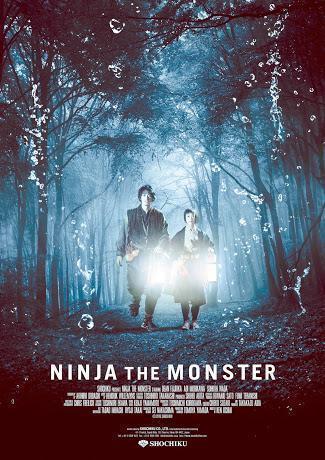 Acclaimed director Ochiai Ken’s latest, Ninja The Monster is finally on deck for a release in Japan this weekend after circulating film festivals for the past year. As such, a new trailer surfaced and you can check it out below featuring actor Dean Fujioka and Morikawa Aoi leading the fantasy tale.
SYNOPSIS:

It’s 1783 and Japan is experiencing a lull following a string of bloody wars. Ninjas profited greatly during these conflicts, but now that peace has arrived, and fearing them a threat to those in power, the government has ordered that they be hunted down and executed. It’s in this context that Princess Koh heads off to Edo, where she must ask the shogun’s help to put an end to the famine that plagues her domain. The young woman is accompanied by a full escort, led by Choemon, and Denzo, a mysterious bodyguard appointed by her father. Despite a rumour claiming that a monster kills all who enter the forest, Koh stubbornly pushes on in light of the matter’s urgency. Unfortunately, the rumour isn’t groundless. A monstrous entity attacks the convoy, leaving only Koh, Choemon and Denzo alive. So begins a race against time during which the trio are constantly pursued, and matters are further complicated when the truth about Denzo is finally revealed. For you see, he’s in fact a ninja.