Well Go USA Grants A Full Trailer For The U.S. Release Of ONCE UPON A TIME IN SHANGHAI 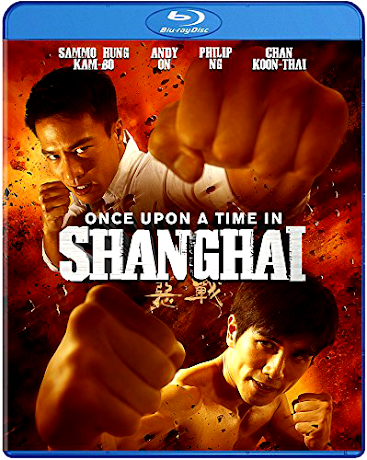 CraveOnline has exclusively unveiled the latest trailer for Well Go USA’s upcoming release of Once Upon A Time In Shanghai. The film has had its share of mixed reviews but still fares pretty well among fans of legendary action choreographer Yuen Wo Ping whose 2012 promo for the film featuring lead action star Philip Ng was all there was to show for the film’s existence before it was finally released theatrically in Asia this year.

The film is a cinematic reinterpretation of the classic lead character, Ma Wing-Jing in Shaw classics like The Boxer From Shangtung and director Corey Yuen’s 1997 actioner, Hero, now with lead actor Ng inheriting the character for the new generation. It’s a milestone move for Ng whose lucrative career in stunts and some small and big roles have finally led to a project this major prior to acting and providing choreography for Taiwanese helmer Joe Chen’s post-apocalyptic actioner Zombie Fight Club.
The film’s arrival also comes on the heels of the recently-released Rise Of The Legend in Asia – another revival of a classic Chinese film hero, so to say, if you’re into what’s happening lately with the return to the classics for China’s film industry, Once Upon A Time In Shanghai may just be what you’re looking for when it finally releases in North America next month.

After a series of eye-catching small roles, Philip Ng finally is given center stage with this rebooted look at the hero Ma Yung-Chen, who was immortalized in the 1972 Shaw Brothers film Boxer from Shantung and in the 1997 Hero. Ng, a master of martial arts, trained in Ving Tsun Kung Fu under the late Sifu Wong Shun-Leung and is also a 6th generation disciple of Choy Li Fut Kung Fu, training under his father, Sam Ng. Ng also excels in Hung Gar Kung Fu, Tae Kwon Do, Jiujitsu and Escrima.

Synopsis: Everyone wants to make their fortune in Shanghai, and Ma Yongzhen (Philip Ng) dreams of making an honest living – not with his fists. But the town is torn apart by rival gangs and when Boss Long Qi (Andy On) learns of Ma’s formidable martial arts skills, he’s brought into the family. Opposed to drug trafficking and leaking government secrets, Qi makes powerful enemies. And soon, Ma won’t have a choice. Fight or lose everything – including his friend (Sammo Hung) and his love, Tie Ju (Michelle Hu).

ONCE UPON A TIME IN SHANGHAI has a runtime of approximately 96 minutes and is not rated.

Watch The New Trailer For DRAGON BALL Z: FUKKATSU NO F Scott Adkins Stars In The US Release Of GREEN STREET HOOLIGANS: UNDERGROUND! Watch The Trailer!