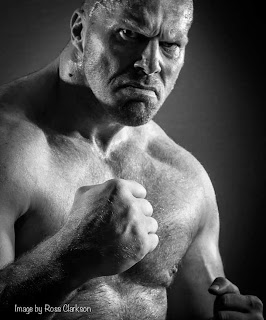 Fans of martial arts action star Michael Jai White can feel free to keep their antennae up a little longer as production awaits for his next directorial move with Never Back Down 3. White‘s attachment to the direct-to-DVD 2011 sequel in 2011 as its co-star and director has lended itself as one of the greatest additions to the genre’s history as a movie geared toward mixed-martial arts fans by and large and with a third on the way, given all we’ve heard thusfar, we can more than likely expect something special out of this next line-up.

The word is that the roster has officially added former wrestler-turned-actor Nathan Jones, according to a social media post from veteran cinematographer Ross Clarkson who shared the attached photo just above. After a career spanning fields such as powerlifting, MMA and wrestling, Jones began his continuing resume in Jackie Chan’s First Strike (1996) before landing roles opposite the likes of Tony Jaa in Tom Yum Goong (2005) and Jet Li in Fearless (2006) prior to debuting a lead role of his own in Nanthakor Thaweesuk’s Thai action romp, Som Tum (2008) to name a few. 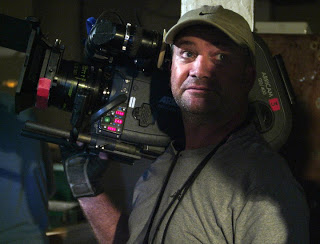 Clarkson‘s addition is also a reassuring one as an ACS and HKSC-certified lensman, having worked among the likes of filmmakers Ringo Lam and Simon West in addition to Isaac Florentine for the last two Undisputed films with White starring in the second film in 2006.

Fans can further expect other appearances from stars like Tony Jaa and Jeeja Yanin along with former UFC Heavyweight Champion Josh Barnett. In the meantime, Jones can currently be seen in this summer’s dystopian box-office smash hit, Mad Max: Fury Road, with other titles to follow.
Stay tuned for more info!

Jackie Chan's Movie And Media School Opens In Wuhan Get Liberated In The New Trailer For Ericson Core's POINT BREAK!