WRATH OF SILENCE: Jiang Wu Brims With Sinister Appeal In The Newest Trailer 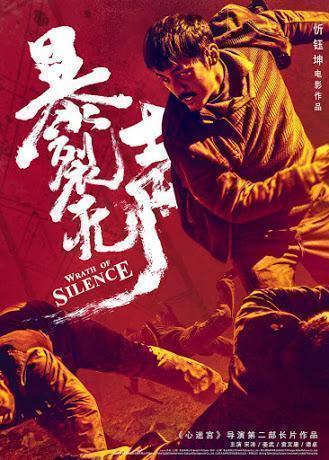 The time seems about right for things to pick back up with Xin Yukun’s edgy new thriller, Wrath Of Silence after a delayed release last October. The official trailer for it’s previously reset date for April 4 has arrived with an invite for fans that both seethes and stimulates with chilling mystery, grit, and brutal action.

On a chilly winter’s day in Northern China, a shepherd boy roams the mountains with his herd. Two days later, miner Zhang Baomin hurries back to his home – his son has disappeared in the mountains. Three days later, lawyer Xu Wenjie’s daughter disappears as well. He picks up the phone and calls the only suspect possible. Mountains and the wilderness, people lose themselves in this no man’s land in search of their blood.

SNATCH-UP: Don't Miss The Official Trailer For The South Korean Bumbling Crime Comedy THE SPY WHO DUMPED ME: Action, Espionage, Suspense And Way TMI In The Official Teaser Trailer