WWE's Dolph Ziggler To Debut Opposite Kane In 6:42 For Lionsgate 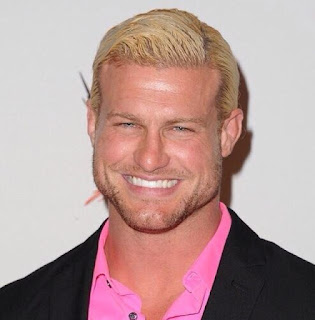 Wrestling stars are the staple for Lionsgate for some time now as it continues its partnership with WWE Studios. It’s a fascinating trend nowadays that nonetheless guarantees more action films for the niche and so clearly the formula works, especially for this week’s announcement of wrestling star Dolph Ziggler in his forthcoming film debut, 6:42, in which he plays an embattled cop in search of redemption as the pressure builds to save a young boy’s life from a ticking time bomb.

There isn’t much to go on right now as we wait for more info on just who is directing and adding to the cast for this one, but the official plotline below shares a few extra names for fans of WWE’s brand which could lend some appeal. At any rate though, a synopsis like this is very fitting for the genre its meant for and there’s no question that it will be awesome to see how Ziggler takes to task here.

Ray Fitzpatrick (WWE Superstar Dolph Ziggler) is a tough as nails narcotics cop working the beat in Los Angeles. After a drug bust goes wrong, Ray is forced to shoot his own partner, leading to his suspension from the police force. Before you know it, Ray is dragged right back into the thick of it when a mysterious package arrives at the station addressed to him.

The package leads Ray and his colleagues to an encrypted website where an unidentified kidnapper broadcasts a threat to Ray and the entire police force. The kidnapper, it turns out, is holding a young boy hostage and unless the police department can come up with a $2 million ransom, he’ll set off a time-bomb strapped to the child’s chest.

The department, led by Lt. Cronin (WWE Superstar Kane) comes up with the payoff and Ray is tasked as the bagman. When the handover goes down, Ray is forced to shoot and kill the kidnapper before he can set off the bomb and kill the child.

With 6 hours and 42 minutes left before the timed explosive detonates, Ray and Internal Affairs agent Julia Baker (Katharine Isabelle from “See No Evil 2”) race against time to find the now deceased kidnapper’s hidden lair and save the child before it’s too late.

Check back for more information to come!
H/T: WWE

THE HIT LIST – August 3, 2015 Personalities Clash In The Heat Of Battle In The New Trailer For Malay Cop Flick, POLIS EVO