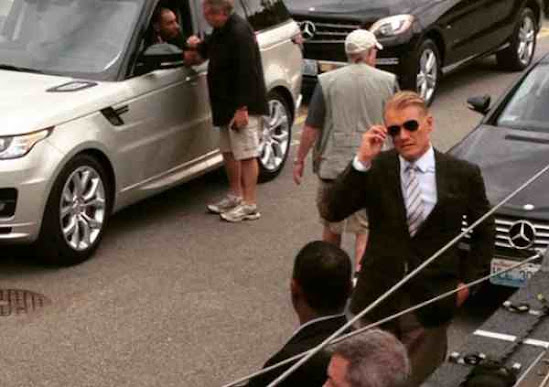 Initially, the last thing I personally expected was for there to be a Kindergarten Cop sequel at this juncture, and particularly since its been well over two decades. The first film, directed by Ivan Reitman and starring Arnold Schwarzenegger offered an entertaining blend of action, comedy and charm forcing a badass street cop, and much to his chagrin, to go undercover as a kindergarten teacher in order to protect a mother and her son from a ruthless drug dealer.

As needless as it is to say, it’s a film that has earned its title as a memorable classic for Schwarzenegger’s performance, and at least nowadays it’s imaginable to see how a sequel ro a reboot would work. Without Schwarzenegger, however, time will tell, but Universal’s 1440 Entertainment division is now underway with a reboot with Jarhead 2 helmer Don Michael Paul directing from David H. Steinberg’s script. Information is light on a synopsis as of the film’s announcement back in June which did manage to offer details pertaining to the search of a missing federal witness who happens to be in possession of a flash drive, and on the run from Albanian criminals.
Actor Dolph Lundgren is reportedly starring in this one and will have an Indian sidekick, although there’s no solid information on who is playing him. Fortunately though, filming is underway in Vancouver with a few set pics floating around online featuring Lundgren suited up, including the one above.
We’ll see what all this means in due time, but the film is heading for a home release after this which doesn’t feel very ceremonial considering its predecessor and the fact that Lundgren and Schwarzenegger come from the same action star cloth. Let’s hope this one doesn’t get left behind.
H/T: The Action Elite