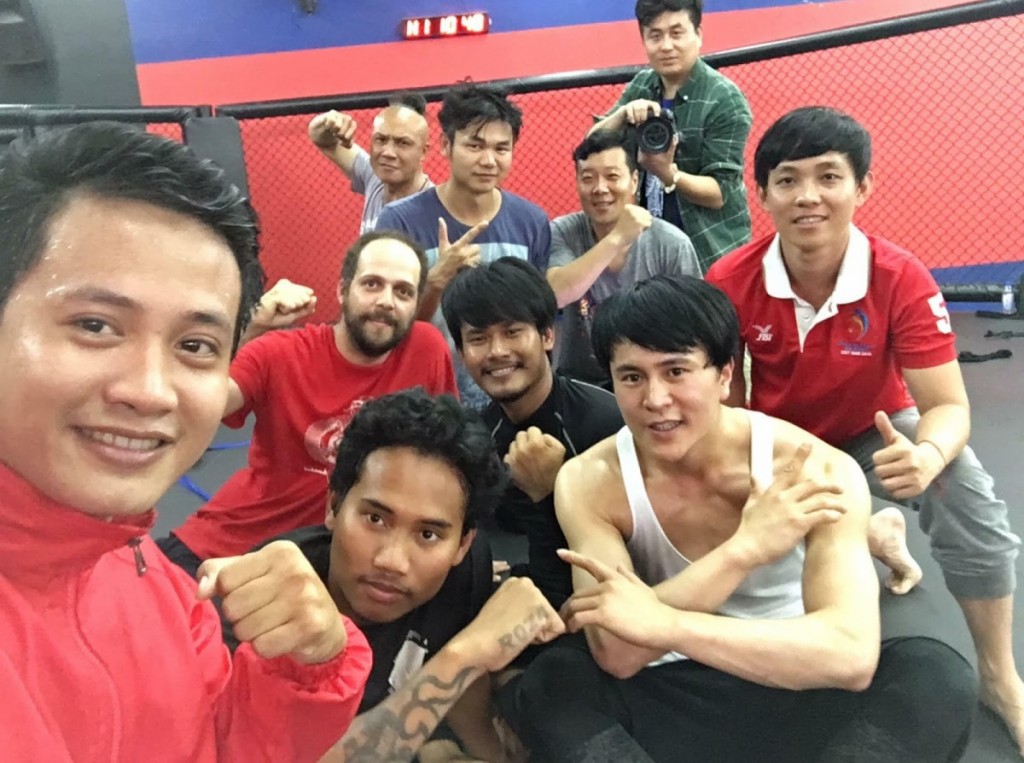 At some point in the last several years, Cambodia became next in line for contributing to today’s fandom in martial arts action films. Leave it to Jimmy Henderson to pull the necessary weight in recent memory for the release of albeit obscure 2015 vigilante thriller, Hanuman, signaling the arrival of martial artist and debut actor, Dara Our, and his expertise in the centuries’ old fighting style of Bokator.
“I can’t make a film without Dara. We started together with nothing. We didnt even have a proper gym to train choreography while prepping for Hanuman.” says Henderson who is now onto their latest and most ambitious project, The Prey, which is currently in production. “He’s always up for challenges. And even though he plays a supporting role have in this film, the fight sequences he will have to do are insane.”

The Prey was announced back in January following the local and international praise of Henderson’s action comedy follow-up, Jailbreak, produced by Loy Te at Kongchak Pictures. U.K. martial artist and stunt professional, actor Jean-Paul Ly contributed a great share to its reception adding to the film’s fight-heavy display both starring next to Our, as well as serving as fight choreographer – the latter role to which he now reprises behind the lens for The Prey enlisting five-time Chinese national boxing, dual arms champion, Bloody Destiny star Gu Sheng Wei as its lead. 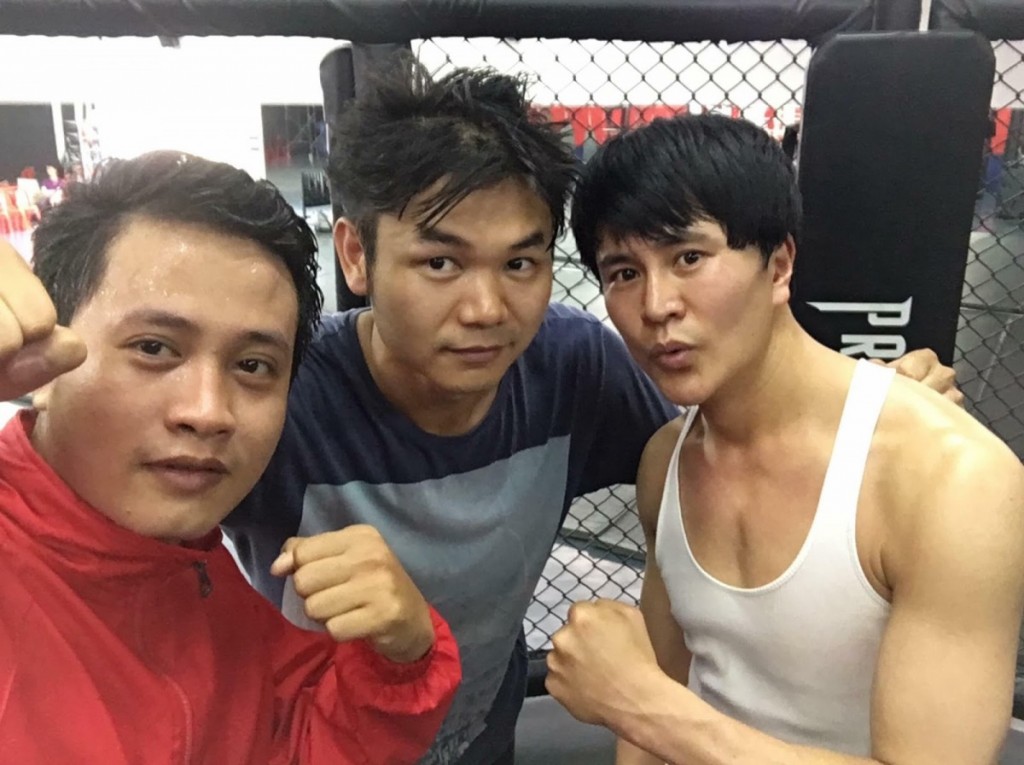 “[Jean-Paul] and Dara have an immense talent, one that comes with the right attitude and a sense of constant self improvement.” he tells us. “They dont settle for the easy way. They are two very special people that will have a very bright future in years to come. I hope with this film they will get back everything they deserve.

Per the announcement, Gu is set to play the role of Xin, a do-gooder undercover Chinese cop who finds himself caught in a surprise raid that lands him in a jungle prison wherein he’s now forced to fight through a deadly, sadistic game for his freedom and deliver his own brand of justice. Back in January, Henderson cited films like The Revenant, as well as Jean-Jacques Annaud’s Quest For Fire and John Boorman’s Deliverance as visionary inspirations to help shape the narrative of the film prefaced by real-life rumors of such practices occurring throughout the world.
“He has the look, the charisma and he’s extremely hard working.” says Henderson who, after producing a Chinese film for Cambodia, met and spent a few months sifting through potential starring talent before flying to Beijing and meeting Gu who landed one of four top spots. “He’s known in China mostly to action fans and I want to push his name to international stages.”

With The Prey forthcoming, moviegoers beyond Khmer-speaking shores are still abound for the release of Jailbreak for which Henderson was nonetheless confident apart from the surprise of all the ceremomy for it. To date, our own review proudly sits as one of a plethora of critic responses acknowledging Henderson’s strenuous efforts and that of the stars and action creatives who shine next to him, including and not limited to his two cinematic action principals. 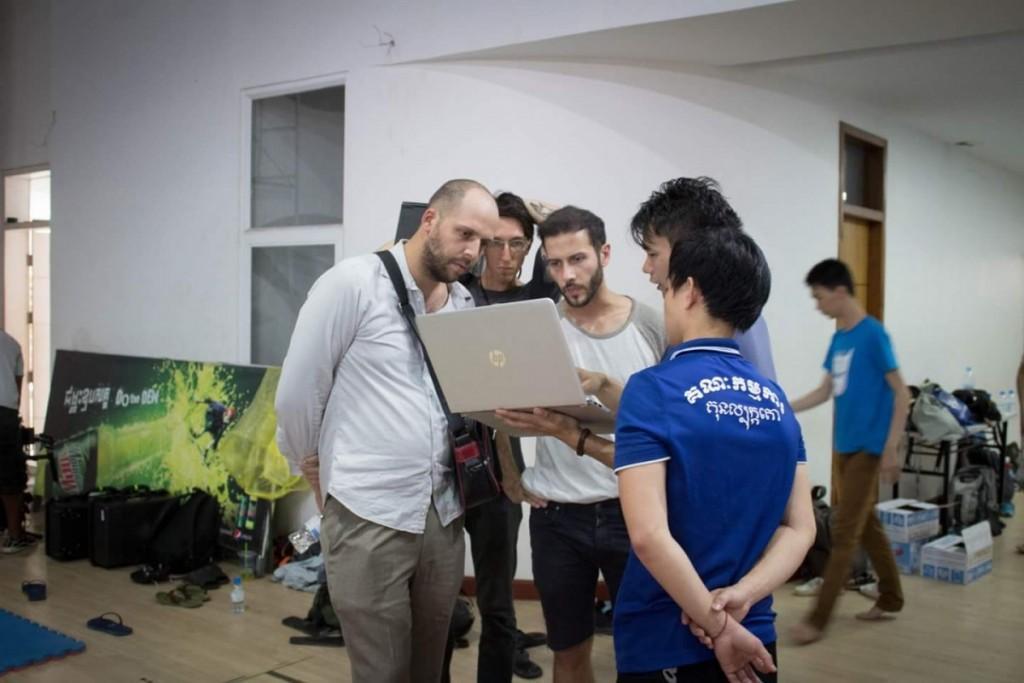 “We have had lots of offers and we are closing some important deals right now. I am glad what the movie did to Cambodia and to everyone who stayed close to the project since the beginning.” Henderson tells us. “We have not abandoned the idea to make a sequel but we are looking for the right moment with the right partner.”

And that’s just it. Time. Commercial support notwithstanding and while very much necessary to the cause per the Henderson’s continued progress in film, it’s all, more-or-less, a matter of time. Going forward, this especially goes for The Prey which is also bolstered not only by a strong cast which also has Only God Forgives actor Vithaya Pansringarm playing the Warden, but also a serious array of spectacle ranging from stunts of multiple sizes in scales beyond fisticuffs.
“Time is always the biggest challenge.” he says. “What we are trying to do with The Prey is much bigger than Jailbreak. We have bike stunts, car stunts, animal stunts, explosions, jumping from mountain cliffs and we’ll set someone on fire. That excluding all the hand-to-hand fight scenes. And we need to do all of that within a 30 days shoot. The biggest lesson I learn is to maintain control. The more you do this stuff, the more discipline you acquire. And this is ultimately what helps you become a better director.” 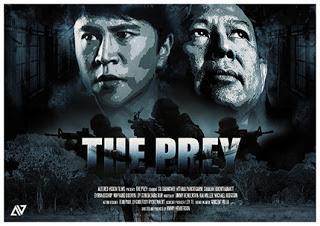 Henderson’s growth will eventually see him switch gears as he’s not one to restrict himself. Until then, promise looms with Jailbreak 2 after all is said and done with The Prey which commences principal photography this week on March 6.

Altered Vision Films joins Kongchak Pictures in backing the film for a release possibly later this year with further release updates likely to follow in 2019. As for what to expect, there’s wasn’t much else Henderson could tease, save for just a few words in closing: “Twisted entertainment.”