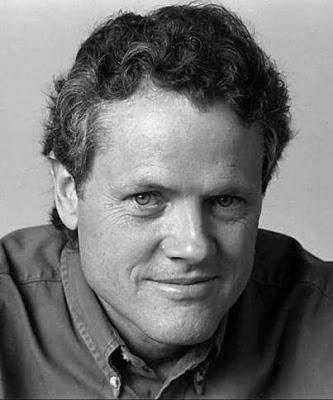 Following up on A&E’s upcoming scripted series production news on Knightfall, the studio has also announced partnership on a new military action series now in the form of Six. The Weinstein Company is also paring with the studio and Academy Award nominee, producer William Broyles for a story that applies a pretty cool dramatic twist centered on a SEAL team’s mission to take out the Taliban.

Expect more details to follow, but the full announcement is below for starters.

Pasadena, CA – January 6, 2016 – HISTORY® has ordered eight episodes of the military action drama SIX from A+E Studios and The Weinstein Company, it was announced today by Paul Buccieri, President of A&E and HISTORY. Inspired by current events, the series will be produced by A+E Studios, Harvey Weinstein and The Weinstein Company in association with Academy Award® nominee William Broyles and David Broyles.

Written by William Broyles (Castaway, Apollo 13, Jarhead) and David Broyles, a military special operations veteran, SIX follows a brotherhood of modern American warriors, Navy SEAL Team Six, the best of the best, whose 2014 mission to eliminate a Taliban leader in Afghanistan goes awry when they uncover a U.S. citizen working with the terrorists. A drama inspired by real missions capturing what these SEALs do, their complex personal lives, and the life and death decisions they make, SIX will be executive produced by William Broyles, David Broyles, Harvey and Bob Weinstein, Alfredo Barrios, Jr. (Burn Notice) and George W. Perkins (Live from Baghdad). Bruce C. McKenna (Band of Brothers, The Pacific) will serve as Executive Consultant, and join Barrios, William and David Broyles, and Karen Campbell (Dexter) in writing the episodes. Retired U.S. Navy SEAL Mitchell Hall (Zero Dark Thirty, Lone Survivor) will serve as the series’ technical advisor.

“We are thrilled to partner with William and David Broyles, Harvey Weinstein and the entire team, including our own A+E Studios, to bring this epic tale to HISTORY,” said Buccieri. “The backdrop surrounding this elite team of American soldiers – from their lives at home to the astonishing bravery they display serving our country – provides an amazing canvas for stories that deserve to be told.”

“The idea originally came to me when I read about Boko Haram kidnapping school children in Africa. I thought about how would our world react and it brought on the idea of creating a series about the world of SEAL Team Six because the story felt as poignant and timely as ever. Each year will feature a different theater of war – the first starting in Africa. We then brought on Bill, whom I long admired, along with David to write the pilot. They took my idea and developed a brilliant script for the project and added authenticity to the world in a way that only firsthand experience could possibly bring,” said Harvey Weinstein. “SIX is a series that recognizes this country’s great heroes and soldiers, and there’s no doubt that it will make for some of the most important, provocative television seen in ages. While we had vast interest from other networks, our great relationship with Nancy Dubuc, Paul Buccieri and Barry Jossen made HISTORY the clear choice.”

“SIX represents the type of authenticity HISTORY values from our creative and writing teams,” added Jana Bennett, President & General Manager of HISTORY. “This series will reflect the network’s renewed focus on core programming which embraces our recent history as well as our deeper past.”

Other current series from A+E Studios include Lifetime’s critically-acclaimed drama UnREAL, which will return for a second season this year, and HISTORY’s upcoming Knightfall.

Ready For IP MAN 3? Here Are A Few Lessons In Wing Chun Sammo Hung Suits Up In The First Trailer For THE BODYGUARD!