Acquisition News For VIKINGDOM and WHY DON'T YOU PLAY IN HELL

As the film festival season continues, fans and filmgoers are bound to hear more news of pickups for distribution for North America and other parts of the world. As such, there are at least two titles worth mentioning today so far. 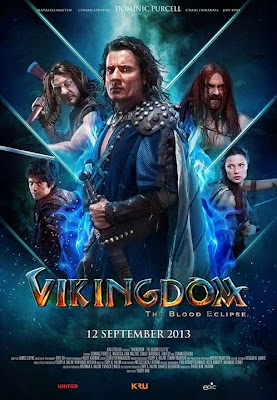 The Hollywood Reporter has announced an multi-territorial acquisition by Universal Pictures for Epic Pictures’ period fantasy action adventure thriller, Vikingdom. The report states the KRU Studios production from director Yusry Halim will get an limited theatrical standard and 3D release on October 4, 2013.
Vikingdom is produced by Shireen Hashim and is based on a script by A Certain Justice co-director James Coyne. The story is centered on Viking mythology about a fallen king who teams up with four unique warriors to battle the odds against evil God Of Thunder, Thor.
Vikingdom stars Dominic Purcell, Conan Stevens, Craig Fairbrass, Extraction stsr Jon Foo and Natassia Malthe.
Purcell currently stars in director Uwe Boll’s latest assassin thriller, Suddenly, co-starring Ray Liotta and Michael Paré. Click here to view the trailer. 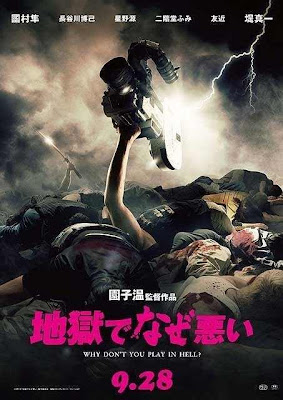 Next in line for a North American debut is director Sono Sion‘s latest bloody action comedy, Why Don’t You Play In Hell. The film is more than a month away from its Japan premiere on September 28, 2013, although it appears that Drafthouse Films has already made its mind up, picking the film up for a limited theatrical and digital release next year.

Why Don’t You Play In Hell stars Gen Hoshino as an amateur film crew member who gets mistaken for a director and is forced to impress two rival Yakuza bosses in a wacky scenario that goes out of control by the third act. The film also stars Jun Kunimura, Shinichi Tsutsumi, Fumi Nikaido, Tomochika and Hiroki Hasegawa.
Sono is also currently involved in the production of his latest graphic novel adaptation, Tokyo Tribes. The film is set for a 2014 release with actor Ryohei Suzuki and hip hop artist YOUNG DAIS announced for lead roles. Shooting for the film began this month.
Stay tuned for more info.

Ben Affleck Is The New Batman In 2015 A Fallen King Battles The God Of Thunder In The New Trailer For VIKINGDOM: THE BLOOD ECLIPSE