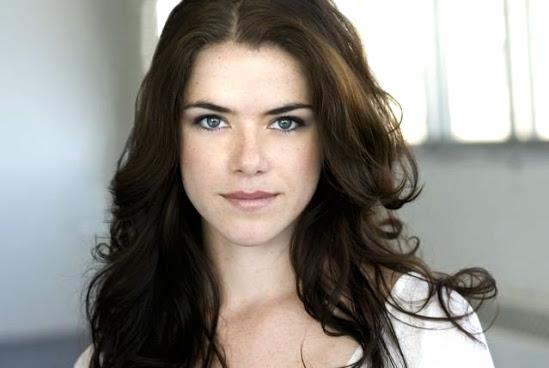 Dark Sky Films and Snowfort Pictures have reportedly begun production on the new action horror thriller, Mohawk in upstate New York. The film is part of a larger multi-picture deal with this, marking the latest reunion with both companies and director Ted Geohegan since the success of the 2015 SXSW favorite and subsequent hit Dark Sky release, We Are Still Here.

Actress Kaniehtiio Horn, who herself shares Mohawk native ties with her mother in real life, leads from a script by Geohegan and Horrorstör scribe Grady Hendrix which centers on three Mohawk youths forced to defend, by any physical and supernatural means, against a vengeful pack of renegades after one of the three sets an American soldiers’ camp ablaze. Horn is joined by the WWE’s Jon Huber (aka Luke Harper) and a cast that so far includes Justin Rain, Noah Segan, Ian Colleti, Robert Longstreet, Sheri Foster and Ezra Buzzington.
From the announcement via Twitchfilm:

Greg Newman (Producer), said: “We are thrilled to be working with both Ted and Travis again. We Are Still Here proved them to be a winning production team.  We’re excited for Ted to take on a real-life horror story that promises to deliver action and suspense to spare.”

Travis Stevens (Producer) adds “From Rey in THE FORCE AWAKENS, to FURY ROAD’s Furiosa, to Wonder Woman to Jessica Jones, action audiences have shown a voracious appetite for strong, well-written female characters. We’re excited to work with Dark Sky Films and Tiio Horn and introduce the character of ‘Okwaho’ to the diverse pantheon of action heroines who have come before her.”

Director Ted Geoghegan said, “Mohawk is hard-hitting action-horror that subverts traditional genre tropes while delivering a timeless tale of good versus evil. We look to deliver a horrifying home invasion film where the home is North America itself.”

SUPER BODYGUARD – A Tale Of Blood, Sweat, Wrecks And On-Set Tantrums In A New Featurette Watch The New Trailer For Johnnie To's THREE