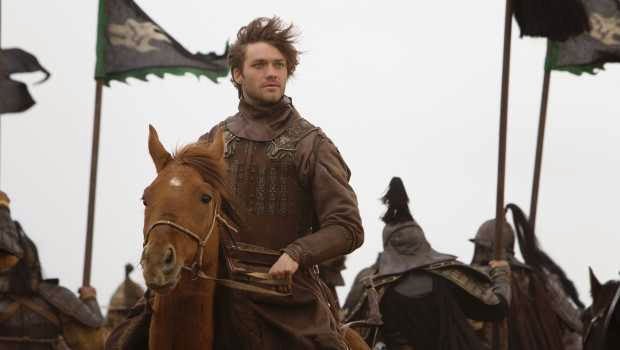 The December 12, 2014 premiere date for Netflix’s SVOD series, Marco Polo grows ever near, and the latest trailer premiered this week, granting a first glimpse of what fans can expect.

The series itself took a few years to move forward following its initial embarkment on Starz before switching gears onto subscription video with John Fusco (The Forbidden Kingdom, Kung Fu Panda, Crouching Tiger, Hidden Dragon: The Green Legend) on board as series creator and producer. Leading the way is Italian actor Lorenzo Richelmy who will play the title role for the series whose story is based on the famed explorer’s adventures set in Kublai Khan’s court in 13th century China – a world replete with greed, betrayal, sexual intrigue and rivalry; Indeed, the Netflix-exclusive series has been selling itself on how far it will push the envelope for its 18+ audience, similar to that of other popular cable shows like HBO’s Game Of Thrones and Cinemax’s Spartacus

In an interview with The Hollywood Reporter, actor Amr Waked (Lucy) shared details about his character, as well as details about the diversity and scale of the cast and crew and production as a whole. “I think Netflix has made a very, very powerful production.” he says. “The value is immense, and the actors are so powerful, all of them, and each from a different part of the world. The amount of nationalities and languages spoken set was crazy – 26 nationalities and 30 languages, I think. I was very stimulated by the massiveness. The first thing that shocked me was the production value. I filmed in Kazakhstan and Malaysia. In Kazakshtan, it was in the middle of nowhere, in the mountains. We had to travel four hours from the airport to the hotel, and then two and a half hours to the location. It was very tough to film it.” 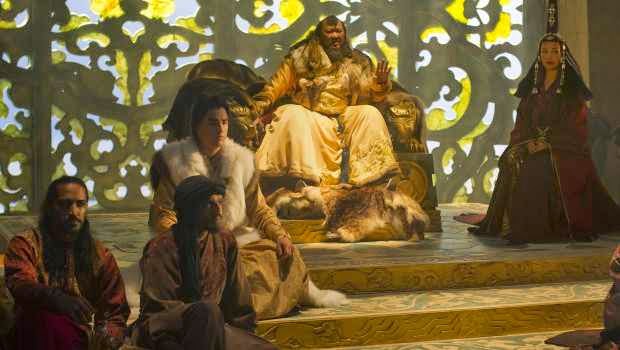 Of course, that did not end there as actor (pictured front row, second from left) also talked about what viewers can expect from the bold new series regarding all of the martial arts action, drama and intrigue, in addition to all of the naked, sexy sexiness it will get between episodes, all of which sound very juicy and exciting. “There are quite a few orgies in there. But not for my character, the Mongolian prime minister. No flesh for me!” he adds. “There are also a lot of fight sequences, with martial arts on a par with many Hollywood or Chinese films featuring martial arts. And wars scenes. There’s a lot of action, and a lot of sex and politics. And there’s nudity, for everyone. Except my character! But unlike Game of Thrones, it is rooted in reality rather than fiction. These things really happened like that. Yeah, there’s a little bit of fiction in the story, but there’s no fantasy, magic or dragons.”


The series is also slated for a nine-episode run for its first season, which, as always, leads to questions regarding just how far the series can go in telling its main protagonist’s epic story. Waked confidently offered his insight on the issue. “From the beginning of the reading, you understand that this can’t stop here.” he says. “They’ve stopped very early in the story – there’s a whole lot of sequences that will follow the actions that happened in season one. I think they can do three of four seasons. Marco Polo is such a rich story. There are so many wars with Mongolia and China.”

The series is also being produced by The Weinstein Company co-chairman Harvey Weinstein and Game Of Thrones series director Dan Minahan, in addition to Pirates Of The Carribean 5 helmers Joachim Ronning and Espen Sandberg (Bandidas, Kon-Tiki) who are directing the first few of the nine-episode series for U.S. distribution. Richelmy and Waked are joined by actresses Zhu Zhu and Joan Chen, and actors Benedict Wong, Tom Wu, Remy Hii and Rick Yune rounding out the principle cast with stunt coordinator Brett Chan directing the action.

Intrigue. Deception. Bloodshed. These are just some of the obstacles awaiting legendary explorer Marco Polo as he navigates the inner court of 13th century ruler, Kublai Khan. From the back alleys of Venice to the perilous Silk Road, from the opulence of the Imperial City to the battlefields of China, Marco Polo is an epic action-adventure, where cultures clash, blood is spilled, and lies are told…

Watch the first series trailer below and stay tuned for more info!