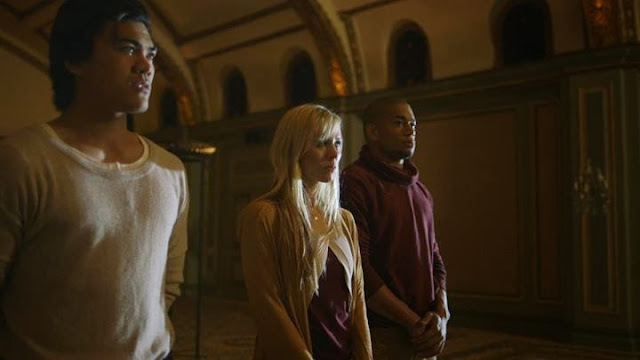 Two years after crowdfunding, filming, post production, hitting the LA Expo last year with conceptual shortfilm releases and promotional efforts in addition to searching for a worthy television platform for their new series, Clandestine, the multifaceted independent filmmakers Christopher Cowan and Haile Lee have finally launched the official trailer for the first two episodes of their ambitious new webseries. Best known for their visually stunning depiction of martial arts action with much adherence to a fanbase of amime, manga, movie and game lovers, Cowan and Lee, and series co-creator Lex Randleman, in conjunction with their production bases at Thousand Pounds Action Company and and their newest vehicle, Epic Rival, aim to use Clandestine to showcase the raw talents of some of the most prominent and rising action actors and actresses to make their mark in recent years.

Distribution details are still unknown regarding whether or not how the episodes will be allocated with relevance to hopeful filming of future episodes, so stay tuned for more information as time progresses. In the meantime, subscribe to the YouTube channel in the embed below, and by all means…#FollowThePath!

Enter the world of Clandestine.

Hidden within the recesses of modern society, lives four ancient supernatural clans who have been feuding since the beginning of time. Adelene, a young girl who knew nothing of the war between the clans, is suddenly thrown in the thick of it when it’s prophesied that she is the next matriarchal successor to the one of the Families.

Adelene begins her journey to learn all of what mankind has forgotten as she struggles to become the clans new “Matriarch”. The secrets of what life was like “before”, the decisions that risk countless lives, and the constant struggle to keep the clan united, are just a few of the dangerous trials she must now face… and survival is not guaranteed.