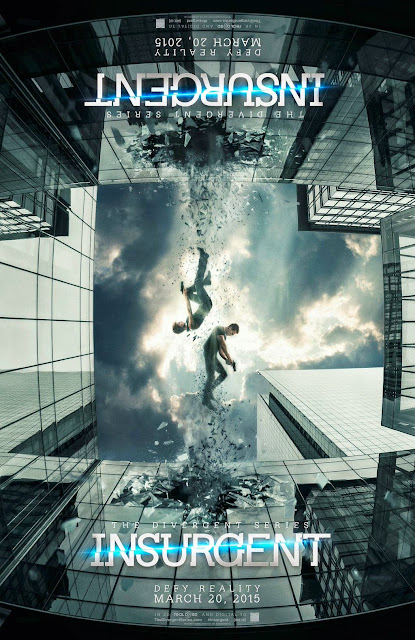 The second live-action installation adaptation of acclaimed author Veronica Roth’s Divergent book series is coming back to the big screen this March with The Divergent Series: Insurgent. Of course, how you choose to see it on the big screen is up to you, but the film IS getting an IMAX release to accompany its date.

As such, IMAX Coporation released an official statement on Thursday announcing its new international IMAX date for the film which you can check out below, as well as a small flurry of fresh new character posters in two versions, one being an animated album. Click the menu button on the bottom left of the embed to view and select either of the five posters, courtesy of Entertainment Weekly.

The Divergent Series: Insurgent is directed by Robert Schwentke (RED) from a screenplay by Mark Bomback, Akiva Goldsman and Brian Duffield and reunites stars Golden Globe® nominee Shailene Woodley (The Descendants), Theo James and Academy Award® winner Kate Winslet (The Reader, Titanic), along with series newcomers Academy Award® nominee Naomi Watts and Academy Award® winner Octavia Spencer.  The sequel continues the thrilling adventure set in a future world where people are divided into distinct factions based on their personalities. Having discovered she is Divergent, Tris Prior (Woodley) must search for allies and answers as a fugitive of the power-hungry Erudite elite. In a race against time, Tris and Four (James) now must find out what Tris’s family sacrificed their lives to protect, and why the Erudite leaders will do anything to stop them.

“After the success of the first Divergent, along with the global hit phenomena of The Hunger Games and Twilight, Lionsgate and Summit continue to prove that they are at the forefront of adapting novels for the worldwide cinema,” said Greg Foster, Senior Executive Vice President, IMAX Corp. and CEO of IMAX Entertainment. “We believe that The Divergent Series: Insurgent will be an action-packed next chapter for IMAX audiences to experience around the world.”

The IMAX® 3D of The Divergent Series: Insurgent will be digitally re-mastered into the image and sound quality of The IMAX Experience® with proprietary IMAX DMR® (Digital Re-mastering) technology.  The crystal-clear images, coupled with IMAX’s customized theatre geometry and powerful digital audio, create a unique environment that will make audiences feel as if they are in the movie.