AQUAMAN Puts In Overtime In The Official Extended Trailer

Warner Bros. Pictures unleashed a beast of an extended trailer ahead of the upcoming December 21 release of DC adaptation, Aquaman. It’d be intellectually dishonest if one decided to skew from the importance of just how this film needs to perform at the box office after Justice League and I was a little doubtful about this film at first, but the footage shown here gets deep into the world that Geoff Johns and director James Wan are aiming to introduce to the DC fan populace of moviegoers, and it’s as impressive as it so far needs to be to get some eyes looking.

From Warner Bros. Pictures and director James Wan comes an action-packed adventure that spans the vast, visually breathtaking underwater world of the seven seas, “Aquaman,” starring Jason Momoa in the title role. The film reveals the origin story of half-human, half-Atlantean Arthur Curry and takes him on the journey of his lifetime—one that will not only force him to face who he really is, but to discover if he is worthy of who he was born to be…a king.

It’s as factual as it gets in acknowledging that the studio certainly tried to rush its way to a ceremonial union of heroes with last year’s offering from Zack Snyder and interim-director Joss Whedon. Building up to such a film requires building an actual experience with your heroes with respect to their individual brands for the most part – something that the MCU got right leading up to The Avengers – and so with another potential Justice League film still set to happen at some point, hopefully the studio will be more tactful at this stage.

If their intent is to still craft what they can of their cinematic universe then with upcoming work to be done on Flash, Green Lantern Corps., Cyborg and Ben Affleck’s hopeful return to the cape and cowl as Batman, and pending what becomes of Superman actor Cavill once he’s finished The Witcher, there’s still a chance the DCEU can be something. It also helps that Jason Momoa stood out as a favorable plus from the premature superhero team-up movie in conjunction with his favor earned among his fanbase, and so now with Aquaman surfacing, now would definitely be a good time to hit reset button with a worthy JL follow-up as the studio so espoused about.

The extended trailer on Friday also reveals Amber Heard as fierce warrior and Aquaman’s ally, Mera, and Patrick Wilson as Orm/Ocean Master, the present King of Atlantis, with appearances by Dolph Lundgren as Nereus, King of the Atlantean tribe Xebel, The Get-Down series former co-star Yahya Abdul-Mateen II as the vengeful Black Manta; and upcoming Destroyer star, Oscar-winner Nicole Kidman as Arthur’s mom, Atlanna, among others. We’re also exposed to Atlantis and the epic scope of the the journey our heroes face in lieu of their forthcoming battles, including one spectacular rooftop chase sequence. 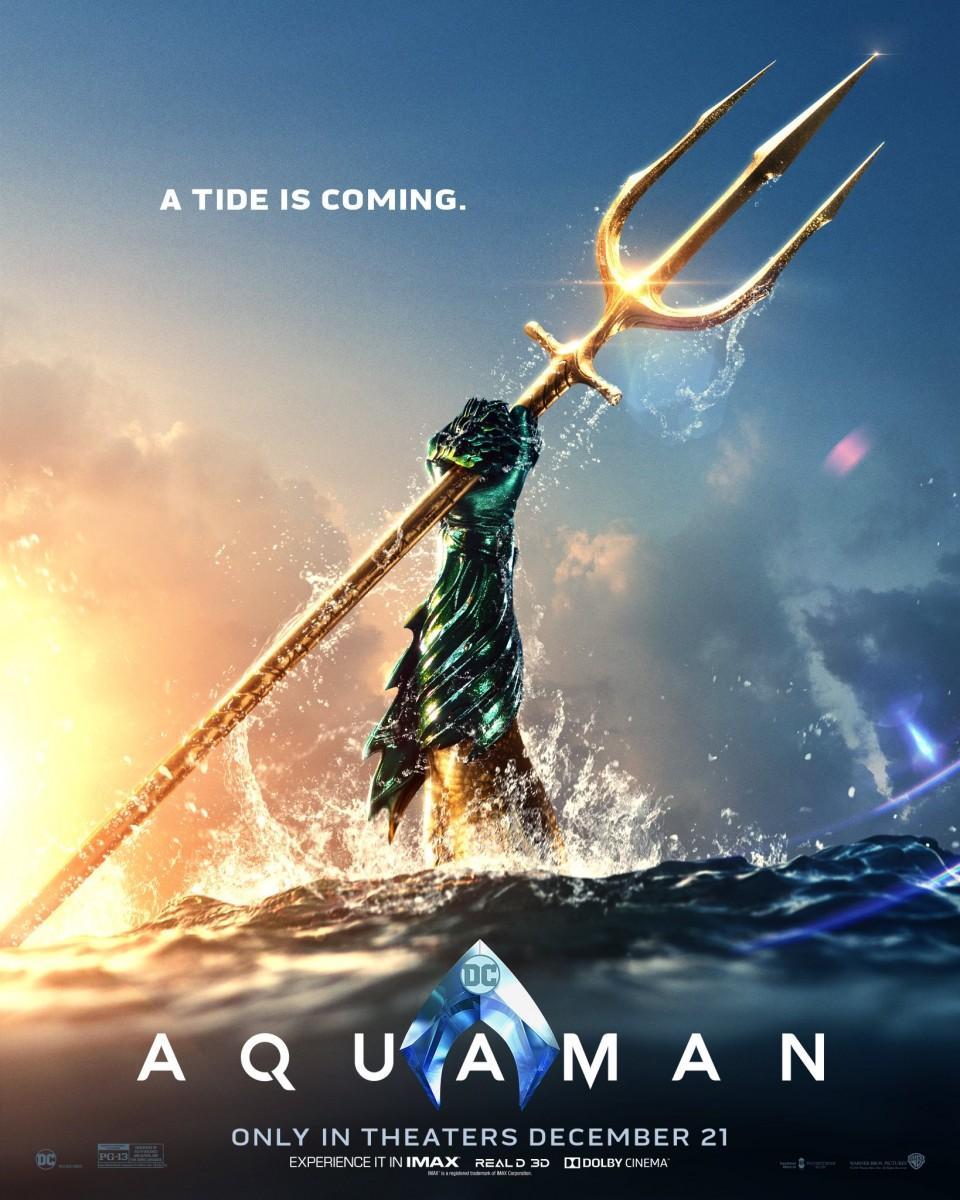