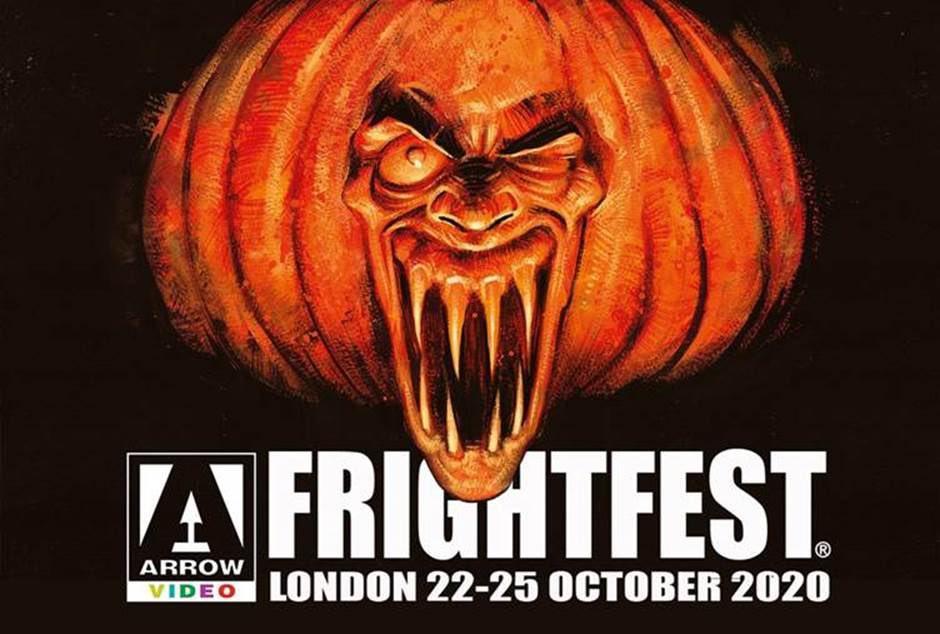 Arrow Video FrightFest is taking major precautions for its 21st event in the wake of Covid-19 this year, although by no means you should let these hinder your enjoyment. Tickets are on sale and the line-up is freaking explosive this year with some highly-anticipated titles.

Yeon Sang-ho’s Train To Busan Presents: Peninsula, the sequel to 2016’s Train To Busan, is one of four titles kicking off the festival on October 22, after becoming a theatrical hit in South Korea back in July, and releasing stateside from Well Go USA. The forthcoming premiere of Spare Parts also looks like another worthwhile crowd pleaser, in addition to Liam O’Donnell’s sci-fi action threequel, Skylin3s, Nightshooters helmer Marc Price’s Dune Drifter, Julius Berg’s The Owners which is currently out in the U.S., and Gabe Carrer and Reese Eveneshen’s Fantasia fave, For The Sake Of Vicious, to name a few.

The announcement below is a full list of titles to come, with scheduled listings also at the official website, in addition to ticket info.

As previously announced, the opening night attraction is the UK premiere of TRAIN TO BUSAN PRESENTS: PENINSULA, one of the most hotly anticipated action fantasy happenings of the year, and closing the festival is the World Premiere of HELD, described as “Parasite and Get Out meets The Stepford Wives”, from The Gallows franchise directors Chris Lofting and Travis Cluff.

British directors feature prominently: Neil Marshall joins us, alongside co-writer and star, Charlotte Kirk, with the UK Premiere of his plague-driven tour-de-force THE RECKONING, as does Chris Smith with the UK Premiere of his pre-World War II haunted house horror THE BANISHING. Also returning is Marc Price, who caused a media sensation with his Zombie horror Colin, made for £50. He’s back with the World Premiere of the slightly more expensive space survival thriller DUNE DRIFTER. A home-grown survival thriller with a more malicious bent is Adam Leader and Richard Oakes’ possession pandemic debut feature HOSTS, which enjoys a World Premiere, as does Will Jewell’s CONCRETE PLANS, in which five builders spiral out of control.

There are also extraordinary British debuts from director Gavin Rothery with his gripping futuristic thriller ARCHIVE and Damian McCarthy with CAVEAT, a terrifying journey through madness and memory loss. Both directors will be attending for their UK Premieres.

Then there is the popular ‘First Blood’ strand, sponsored by Horror Channel, which continues to unearth home-grown talent in spectacular fashion. There are four further entries this year with the World Premieres of Danielle Kummer and Lucy Harvey’s wonderfully infectious ALIEN ON STAGE, Leroy Kincaide’s paranormal chiller THE LAST RITE (based on real-life experiences) and David Ryan’s blood-soaked REDWOOD MASSACRE: ANNIHILATION, starring Danielle Harris. Last but not least is the UK Premiere of Karl Holt’s BENNY LOVES YOU, where Chucky meets Fatal Attraction!

FrightFest will also be physically screening RELIC, by first time writer/director Natalie Erika, who has crafted an unforgettable new spin on the haunted-house movie – a theme that, laced with isolated and murderous desperation, runs through Bryan Bertino’s harrowing THE DARK AND THE WICKED, LET’S SCARE JULIE, which is cleverly filmed in one uninterrupted continuous take, and HONEYDEW, in which a young couple seek refuge in a house belonging to an unforgettable new geriatric horror villain. Home is also certainly not where the heart is in Julius Berg’s THE OWNERS, in which the seventh ‘Doctor Who’ Sylvester McCoy and Swinging Sixties icon Rita Tushingham take on Maisie Williams and her invading gang, and home invasion is taken to new gory heights in Canadian entry FOR THE SAKE OF VICIOUS, an eye-grazing splatter rollercoaster ride.

There is a different kind of murderous ride with the UK Premiere of TAILGATE, a Dutch Duel with a ferocious bite, and the action continues with the UK Premiere of SKYLIN3S, the thrilling third entry in the epic sci-fi Skyline franchise, once again written and directed by co-creator Liam O’Donnell. Another successful franchise is The Final Destination and its creator, Jeffrey Reddick, gives us DON’T LOOK BACK, a new take on supernatural karma and its horrific consequences. And wanting to be someone else can have murderous consequences, as presented in Jill Gevargizian’s portrait of a female serial killer, THE STYLIST, a stunning debut feature based on her 2016 short, starring Brea Grant and Najarra Townsend.

Comedy horror, thankfully, is in rude health, and FrightFest has its finger of the genre funny-bone. So get ready for the UK Premiere of SLAXX, the tightest fitting bloodbath in history as a pair of vengeful jeans goes on the rampage. Other laugh-out-loud entries are New Zealand’s supernatural buddy murder mystery DEAD and Andrew Thomas Hurt’s crazy action body horror SPARE PARTS.

Completing the line-up is Takeshi Kushida’s captivating and visually mesmerizing WOMAN OF THE PHOTOGRAPHS, Courtney Paige’s THE SINNERS, an occult take on the Seven Deadly Sins, John Berardo’s twisty teen slasher INITIATION, Teddy Grennan’s gritty survivalist thriller RAVAGE, with Bruce Dern in menacing form, Aaron B Koontz’s bloodthirsty hybrid Western horror THE PALE DOOR, Thomas Robert Lee’s dark, coming-of-age shocker BLOOD HARVEST (US Title: The Curse of Audrey Earnshaw), Adrian Langley’s brutally served dish BUTCHERS and, from the producer of It Follows, BROIL, a fairytale about a family with a monstrous secret.
.
Four shorts have been added to the monstrous menu: Italian director Federico Zampaglione’s BIANCA: PHASE 1 and BIANCA: PHASE 2 – a double-bill of creepy family stories set in Rome under lockdown, which Zampaglione shot single-handedly on his iPhone and LITTLE WILLY, Andrew Bowser’s dark comedy about a failed actor’s distorted relationship with the puppet that he found fame with. Also featured is AFTERTASTE, the latest short from UK filmmaker Chole Wicks.