The zany, off-cuff black comedy is a hard one to tap into when attempts at establishing chemistry falls flat and humor stumbles into the mundane. That’s ultimately what happens in prolific screenwriter Ashley Scott Meyers’ feature directing debut, The Pinch, well over a decade after publishing 2007’s Selling Your Screenplay, and ultimately establishing a podcast based on his own book.

There’s quite a bit in The Pinch that works for what it tries to present, and a lot that unfortunately counters those efforts. It’s worth noting there’s some pretty decent performances in the film led by actor Gunnar Wright who plays Rob, a down-on-his-luck courier who has been working the same job for twenty years under the rule of his semi-maniacal boss, Kain, played by James Aston Lake.

There isn’t much to go on in terms of establishing their history as childhood friends and so you’re left with a merely suggestive-shared history founded on performances that are okay, but seem less palpable as whatever chemistry they were meant to invoke stops short of obviousness. The roles are both so different that you can’t help but wonder just how it is Rob and Kain were still so in touch or why Rob even bothers at all.

Tenaciously pushing for a promotion following the departure of a recent employee, Rob delivers a package only to find himself ambushed by Jacqueline (Dana Coyle) and Dixon (Braxton Davis) two dirty cops eager for a bust. It turns out the package was for an assailant connected to a murder conspiracy that maps directly to Kain – one that unexpectedly envelopes Rob in with the law.

Under Kain’s consultation, a seeming twist of fate ensues while Rob is out on bail, and with the promise of half-a-million dollars to get out of the country, Rob heads home to pack his bags for what is supposed to be the start of a new life for him and loving wife, Gina, played by Candice Bolek.

Unsurprisingly, that all changes when Kain sends his goons, Scotty (Terrell Dixon) and Darren (Phillip Muscemi) to kill Rob and silence him from going to the police; it’s a villain trope the film sets up from the get-go, on top of the fact that this particular plot point is given straight away as if Meyers didn’t even want to try to make this an interesting pivot in the story.

Rob seizes the opportunity and gets the jump on Scotty and Darren before heading out to confront Kain to demand his money. He nabs Kain, ties and bounds him until he can get paid, but that also means trying to keep his girlfriend out of harm’s way. Rob’s plan is nearly a clusterfuck at this point with Kain cheekily refusing to pay Rob off.

This is where the whole “cross between Misery and Goodfellas” setup comes into play and its well into the second act of the film that things finally get a little more R-rated. A few throwaway characters have already been violently murdered at this point, though done so in scenes engineered with more oddball contrivance rather than tangibility or reverence or significance in handling or execution toward the film’s aim as a darkly comedic venture.

The latter end contains its situational end with a war of wits between Rob and his hostage. Nothing really changes in Meyers’ attempt to outline their history as something relative to the current plot. It feels as dry and weak as it did when the two appear on screen, and all you really have left are some good performances, but nothing of substance for the characters we’re supposed to sympathise with when we reach the climax. 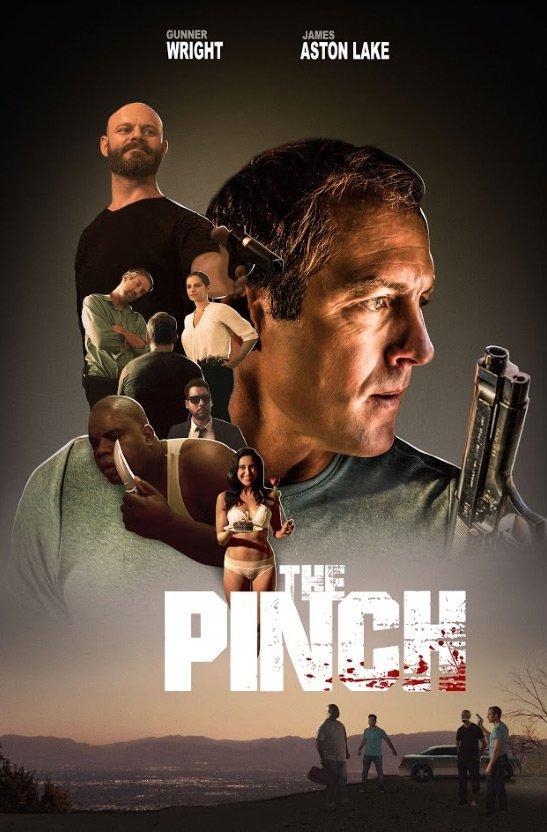 Nearing the film’s credits, Meyers also leaves you with the notion that a character visibly shot in the head can come back from the dead. It would’ve been an interesting twist were it not for the fact that only half the film feels as decent as the last line of the film nods to in its unearned attempt at some kind of rewarding irony.

If half-baked crime comedies with goofball characters, a few laughs, a little romance and unsubstantive packaging with decent acting and little key chemistry are your thing, expect The Pinch to be a suitable time waster. Suitably, with any luck, Meyers’ next directorial outing will actually be exemplary of at least one other line in the film spoken to our protagonist that reads “…if you want something, you have to take it.”.

Perhaps it’s by that measure that hopefully this inspires Meyers to better apply his screenwriting acumen for a better film than this. It’s not a completely terrible film, but the characters in this film aren’t left the only ones feeling the proverbial ‘pinch’ by the end credits.

If you’re not disuaded by this review, you can find The Pinch at Amazon Prime. So…good luck with that.

THE PUNISHER: Jon Bernthal Is The Last Man Standing In The Official Season Two Trailer! SEIZED: Adkins Takes To Instagram To Confirm Isaac Florentine Thriller On Location In Mexico