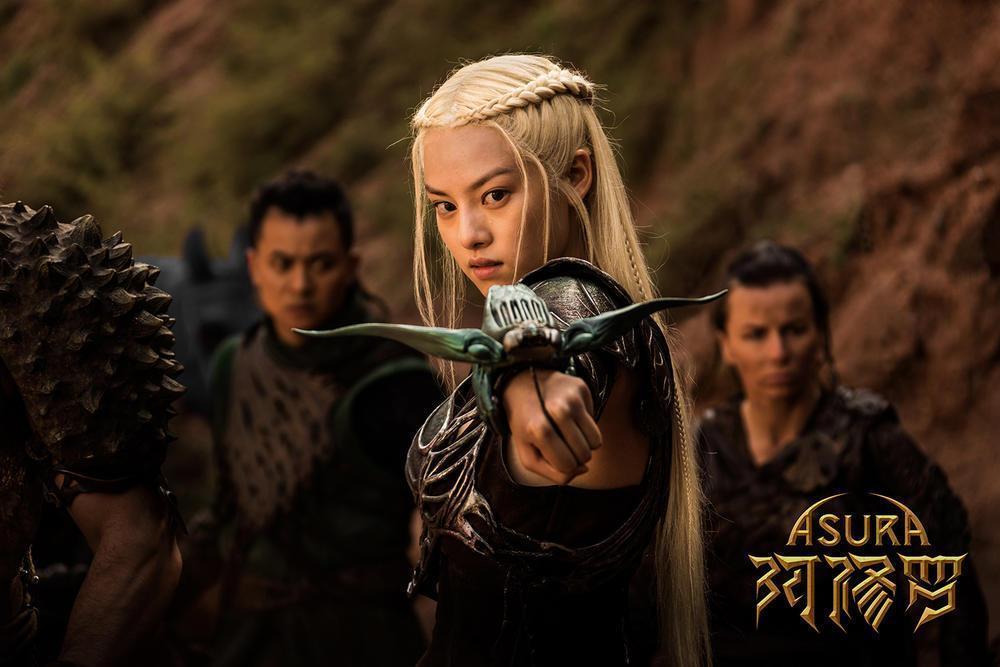 Segueing from steering the action and stunt work coordinating films like Ant-Man, Ninja Assassin and Scott Pilgrim Vs. the World, Peng Zhang now rests his prospects at the helm. This one is no small feat either however – reportedly five years and with a tall order of $100 million dollars to date for Ningxia Film Group’s upcoming Buddhist fantasy action adventure, Asura, making it China’s most expensive movie in history, and as the hopeful first in a trilogy.
Signaling this month with an official teaser trailer ahead of a release midway in 2018, the film introduces a story set in the titular realm of pure desire which now finds itself threatened by a staged coup from a lower kingdom. Leading the way are burgeoning talents, actress Zhang Yi Shang (Railroad Tigers) with Lei Wu (The Shanghai Job, upcoming Nehza) starring as saviors to the realm and evident love interests to each other amid the upheaval of emerging villains and fantastic visuals host to spectacular scenery, battles and creature design.
Seasoned and celebrated talents, actress Carina Lau and actor Tony Leung Ka-Fai lead the cast further with a raft of international talents such as actor Matthew Knowles, prolific stunt professionals Damien Walters and Caitlin Dechelle, and prolific contortionist Bonetics Junior known for wowing audiences on Britain’s Got Talent. The crew is another story with a total of up members from 35 countries and nearly 2000 extras contributing to this project, including Nglia Dickson who brings her Oscar winning costuming credentials to the floor after films like The Lord Of The Rings trilogy and The Last Samurai, and VFX wizard Charlie Iturriaga of Deadpool and Furious Seven fame.
There’s a bit to take in with understanding the very mythology that sets the backdrop for the film. Beyond that and judging from the trailer for the time being, expect a grand serving of sprawling fantasy and wonder with big scale action to boot between bold villains and unlikely heroes. It’s a big move for China with a lot of trust placed in a first time director who has undoubtedly earned his way up the ladder as a stuntman fifteen years in and still going strong in front of the lens as well.
And for this, Asura his is offering this year to the masses and it comes this summer. Your move, kids!
Check out the trailer below along with character and concept artwork just beneath!