BAD BOYS FOR LIFE Gets A 2018 Date From Sony 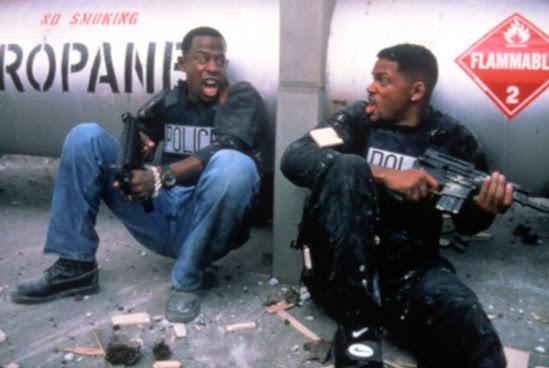 Titles are everything, especially for a film franchise with an extensive fanbase that dates back more than a decade. Such is is the case for the 1995 blockbuster actioner, Bad Boys from Michael Bay, an ample heavy-hitter for the 90’s action niche and perfectly ripe with as many one-liners as we can take right down to the rapid fire finish.
Actors Will Smith and Martin Lawrence led the movie as Mike Lowry and Marcus Burnett – two odd-couple best friends and devout Miami detectives forced to switch roles in order to protect a murder witness amid the upheaval of an Internal Affairs investigation of their department. The film’s success ultimately led to a sequel in 2003, adding Gabrielle Union in the role of Marcus’s sister who turns out to be much more than anticipated for her brother while investigating a smuggling ring that extends to Cuba.
The deadpan humor and over-the-top stunts and big scale action sequences are just a few of the things that have helped both films stand the test of time on top of the natural chemistry between both male leads. It’s what has thusfar contributed to the collective gross of both films of more than $413 million dollars globally while any talk of a third installment has virtually led nowhere since then.
Of course, that doesn’t mean it wasn’t bound to happen and the film finally began picking up some steam several years ago before landing in the hands of Stretch and The A-Team helmer Joe Carnahan. Further signs of life led to the possible addition of two more films instead of one apart from news of Smith and Lawrence opting to reprise their roles once more and now, thirteen years since leaving its identical impression of its stars as action cinema icons, the word now is that the new movie has been granted a title worthy of its legacy.
As such, Sony Pictures has officially slated Bad Boys For Life for a January 12, 2018 release with a possible fourth to opening in 2019 if things go as planned. The film will reportedly compete with 20th Century Fox’s The Maze Runner: The Death Cure and Paramount’s Sherlock Gnomes… frankly speaking, my money is on the ‘Boys’ by then.
Earlier this month, Carnahan recently paired up with actor and longtime friend Frank Grillo for their own production company, War Party whilst preparing the next venture, Wheelman for Netflix. Smith currently stars in director David Ayer’s Suicide Squad for Warner Bros. Pictures and is also slated to star in Ayer’s Netflix sci-fi fantasy cop thriller, Bright. (H/T: ComingSoon)

ATTACK ON TITAN: PART ONE Gets A Trailer For Funimation's DVD/Blu-Ray Release ROGUE ONE: A STAR WARS STORY – All Is As The Force Wills It In The New Trailer