It may have taken 24 years, but it’s nice to see the zeitgeist in film fandom being met with some providence for film fans keen on seeing their favorite stars return to their roles.

Specific regard here goes to the first official trailer for Bad Boys For Life which dropped on Wednesday from Sony Pictures ahead of a January 17, 2020 release. Adil El Arbi and Bilall Fallah (Black, Gangsta) are at the helm this time around with a narrative long engineered by Peter Craig and writers Joe Carnahan
and Chris Bremner.

Marcus Burnett is now a police inspector and Mike Lowery is in a midlife crisis. They unite again when an Albanian mercenary, whose brother they killed, promises them an important bonus.

El Arbi and Fallah have both earned favor in their earlier works and it looks like the trend will especially continue with favorites Will Smith and Martin Lawrence back together as mismatched cops Mike Lowery and Marcus Burnett, along with Joe Pantoliano whose Captain Howard is apparently no longer in the mood to “wooosaaah”. 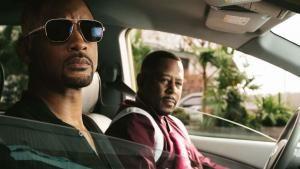 TOMB RAIDER 2 Moving Forward At MGM, Ben Wheatley To Direct Sequel Based On Hit Game Franchise MY PUNCH-DRUNK BOXER: Take A Jab At The First Official Poster For The Romantic Korean Sports Pic